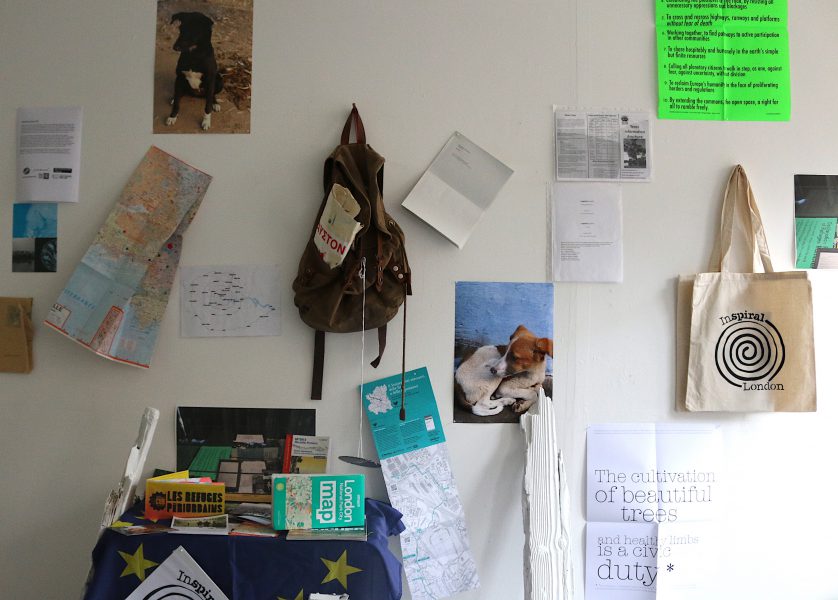 ‘We asked self-styled walking artist Hamish Fulton to give us his prediction for walking 5 years hence: he thought that as more than half the world’s population would be living in cities, that there must be a huge future for creating walking routes in cities – not by spending money on infrastructure but merely by documenting more unusual routes that encouraged habitual everyday walking.‘ (From Talking Walking)

InspiralLondon evolved directly out of De/Tours in Marseille see www.decentrederspace.org and discussions with the trail designers of the GR2013 (National walking trail through Marseille/France) see: Le Bureau des Guides 2013 . It plots a new path through and out from the centre of the City: a spiral that turns through London six times, crossing the river 10 times to reach its final destination at Gravesend Ferry Pier. A planned inspiral return from Tilbury will be added to the publicly accessible trail. 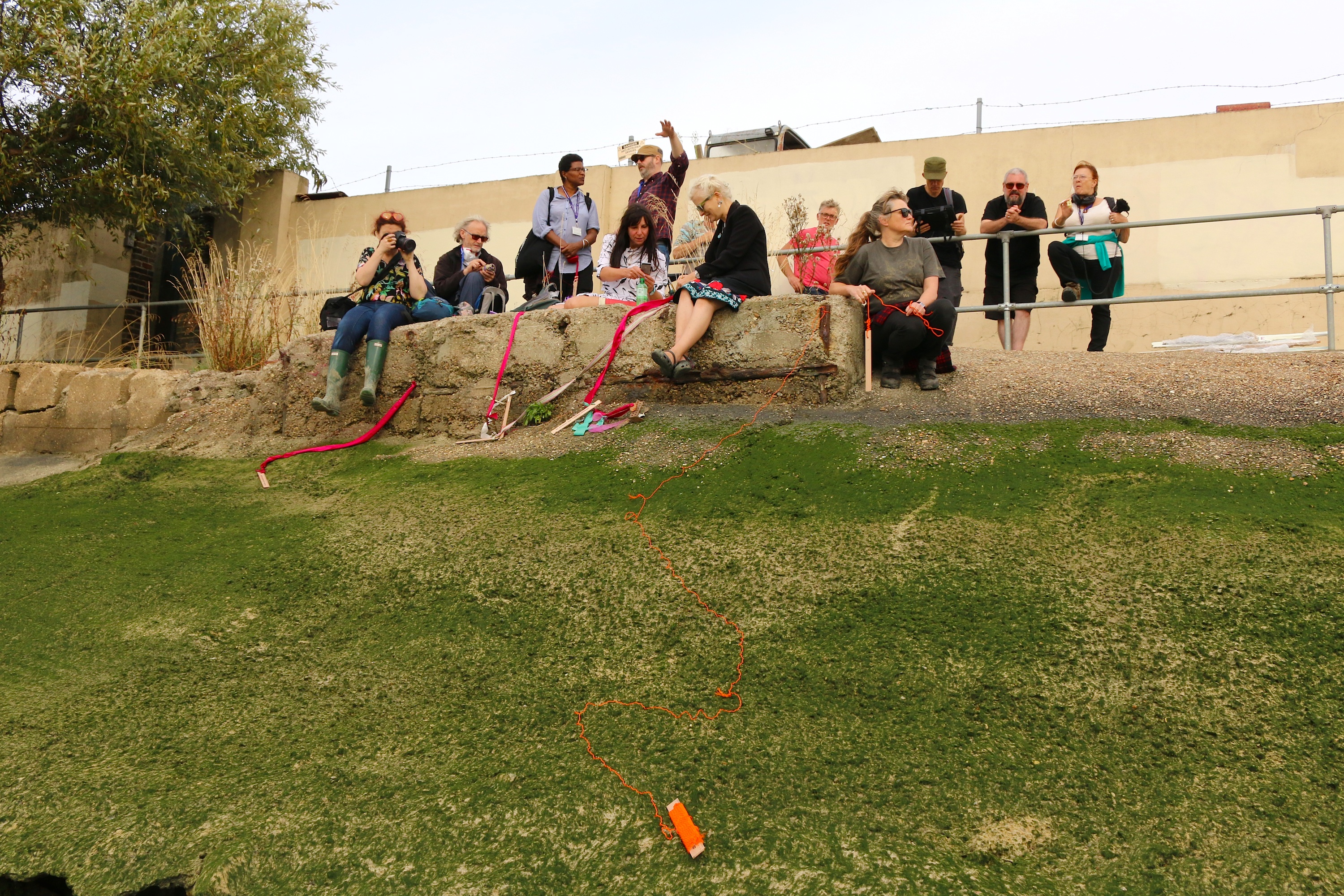 On the Ground Mapping – from Deep Topography to Shallow Reverie – “1. We believe that we live on the ground.”

Mercier distinguishes himself from the monumental proto-tourist tour: “I am going to speak of Paris, not of its buildings, temples, monuments, or curiosities but of “the public and private mores” (Mercier in Tableau 1765, i. 13), as a social critique of “this bizarre mass of customs that, mad or reasonable, are always changing…in its unlimited grandeur, its monstrous riches, its scandalous luxury.”

As Vidler explains Mercier played against pedantic description, claiming the ‘value of individual experience, indefatigable inquiry, and the detective work that discovers hidden scenes, “petites coutumes”; work only accomplished on foot and personally: “One must look, encounter, and examine all that it contains, to study the mind and the foolishness of its inhabitants” (Tableau, i, 15)

‘The visual imperative, for Mercier, was not guided by any preframed vision of the city and its monuments, but rather by the swiftly shifting eye of the reporter, always alert to clues that might discover the extraordinary beneath the commonplace, the general out of the particular. Vision was thereby forced into places it did not want to go, and of overcoming the blindness of the everyday: “The scenes that force themselves on our vision are, so to speak, no more; for the objects that we see every day are not those that we know the best” (Tableau, I, 14), noted Mercier, anticipating Walter Benjamin’s characterization of architecture as the art most prone to be viewed in a state of distraction.’ (Vidler: 178-9)

The photographer Nadar’s famed ability to explore “le dessus et le dessous de Paris’ (Paris guide 1867 edited by Victor Hugo) – a totalizing and abstract vision of the place – “Soon your view embrace the totalities beneath your thought effects and causes are unified… in this superhuman spasm.”

In Inspiralling London we seek to return the art of walking to a more humble but no less revolutionary activity, where exploring the city from in between the above and the below, creates a street level experience of being in the city,  providing a license for touring the invisible or hidden places and spaces; in absorbing a topography both informed by an topology of the past but also through a future dystopian archaeology. This spiral insertion into the flow of the city provides moments and sensations of utopia in the face of the intractable machinery of the great prolonged spreadeagled city. Its monstrous energy constantly overflowing with another ecology – environments and spaces everywhere – where nature and the artificial co-habit, compete and co-mingle.

Now says Iain…”we are far enough out from London to pick up on the energy surge that comes with breaking free from a weakening gravitational field.” (Iain Sinclair – Edge of Orison: 145)

Sinclair, Iain (2006) Edge of the Orison: In the Traces of John Clare’s ‘Journey out of Essex’. Penguin Books

Vidler, Anthony (2011) The Scenes of the Street and Other Essays. The Monacelli Press