“The Night Walking Festival Gravesend – gave opportunity, and permission to walk in ways that would otherwise not occur…. The intersection of physically walking and the vast range of meanings available as a way of testing and pushing the possibilities of psycho-geography.” (Festival participant – April 2018) 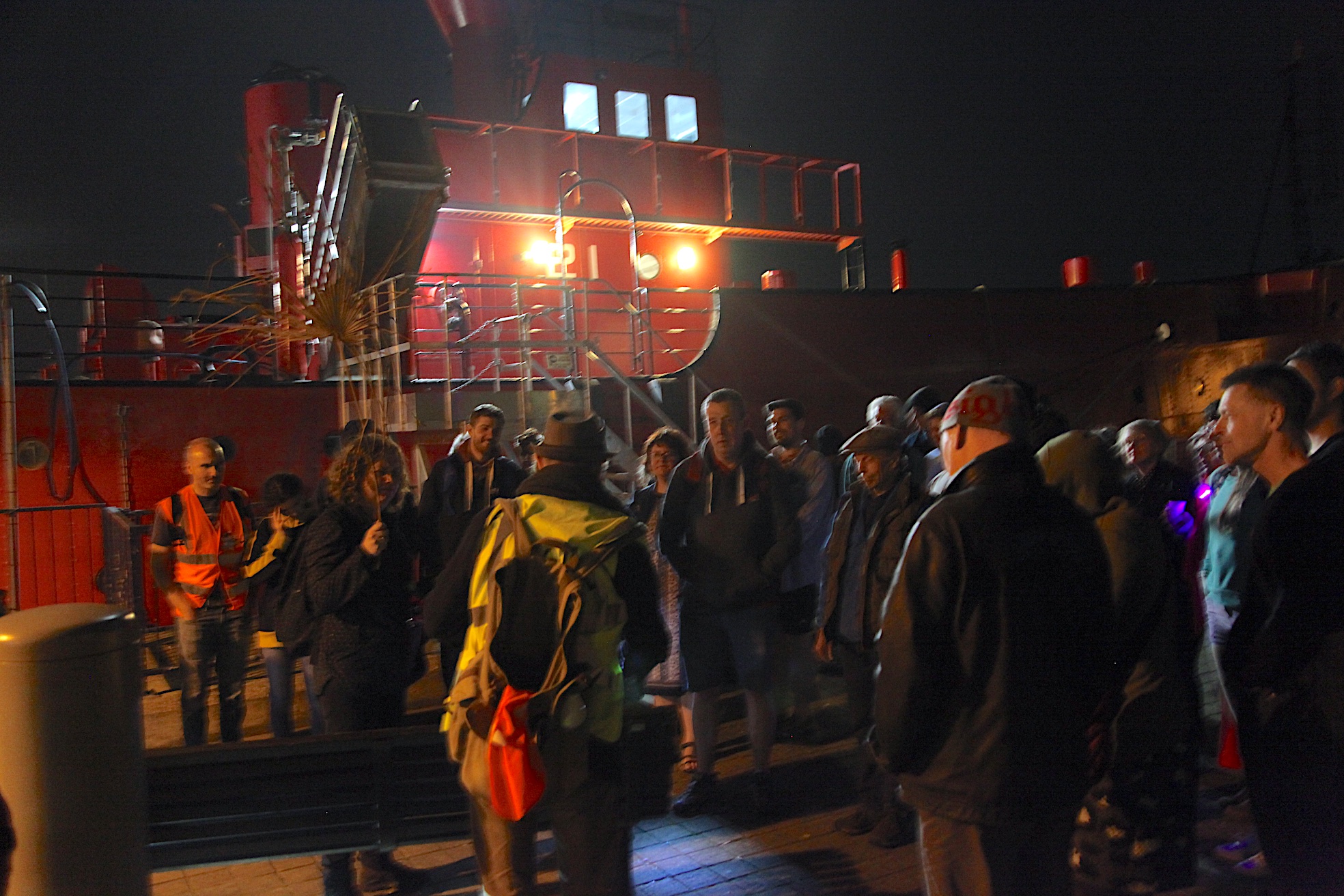 “Walking, a practice of on the ground mapping, allows us to imagine together other cities, different times, and worlds, as we confront the reality of our ever-changing metropoles.” (Charlie Fox 2017)

InspiralLondon facilitates and curates artworks, research and interventions that interrogate the city and its hinterlands, with particular focus on: placemaking, experience culture and emotional capitalism, urban ecology and sustainable futures, community and well-being. Initial on the ground mapping (2015-19) examined ways of  thinking of Urban Space as an other environment: the potential shape and direction of walking route/s; how we experience the city; how we encourage artistic – experimental, social & ecological – approaches to, and other ways of being in and intervening in the city. The trail is an invitation for all to explore, rediscover and reconnect with their city; to begin to rethink the urban, the metropolitan and its relation to other/ness/places.

InspiralLondon was a project originally curated by counterproductions Director Charlie Fox, with the participation of a collective of walking artists, project associates (urban planning, geography, ecology, architecture) and urban explorers. Conceived as an artist-led walking project to create an urban/semi-urban walking trail through Metropole of London, under the umbrella of MT (Metropolitan Trails 2013). The route hacks into existing footpaths and passageways, while creating new ways in which to explore the city.

This project evolves directly out of De/Tours in Marseille see www.decentrederspace.org and discussions with trail designers such as the GR2013 (National walking trail through Marseille/Provence). The project is managed with advice of Steering Group and by the Directors of InspiralLondon CIC (Community Interest Company 10511109 – Limited by Guarantee).

1. We believe that we live on the ground.

2. We believe that we are an urban species that belongs to the land.

3. We believe that ways are older than houses and that walking is dwelling.

4. We believe that our metropolitan areas have developed beyond recognition, so that we need now to explore these intimate terra incognita.

5. We believe in fighting mass media’s pernicious distortions of reality by walking.

6. We believe in itinerant hiking through urban ranges and in tourism at home.

7. We believe in lines, GIS and getting back and forth from maps to the field, because the more you study a city the more you dream about it.

8. We believe that metropolitan walking trails design new experiences for everyone.

9. We believe that the suburbs of the metropolises of the world share common features. Multicultural suburbs are a matrix of our future societies.

10. We believe that it is the responsibility of city centres to take note of the immense and beautiful body of their metropolitan areas, in order to put together a common metropolitan culture.

11. We believe in a world community of metropolitan walkers and trail designers, harbingers of an anti-bullshit revolution.

Some principles of ‘On the ground mapping’:

The photographer Nadar’s famed ability to explore “le dessus et le dessous de Paris’ (Paris “Above and below” guide 1867 edited by Victor Hugo) – producing a totalizing and abstract vision of the city – “Soon your view embrace the totalities beneath your thought effects and causes are unified… in this superhuman spasm.”

In Inspiralling London we seek to return the art of walking to a more humble but no less revolutionary activity, where exploring the city, from in between the above and the below, creates a street level experience of being within the city; by providing a license for touring the invisible or hidden; in absorbing a topography both informed by a topology of the past but also through a future dystopian archaeology.

This spiral insertion into the flow of the city provides moments and sensations of utopia in the face of the intractable machinery of the great prolonged spreadeagled city. Its monstrous energy constantly overflowing with another ecology – environments and spaces everywhere – where nature and the artificial co-habit, compete and co-mingle. Now says Iain…”we are far enough out from London to pick up on the energy surge that comes with breaking free from a weakening gravitational field.” (Iain Sinclair – Edge of Orison: 145) Charlie Fox, October 2016 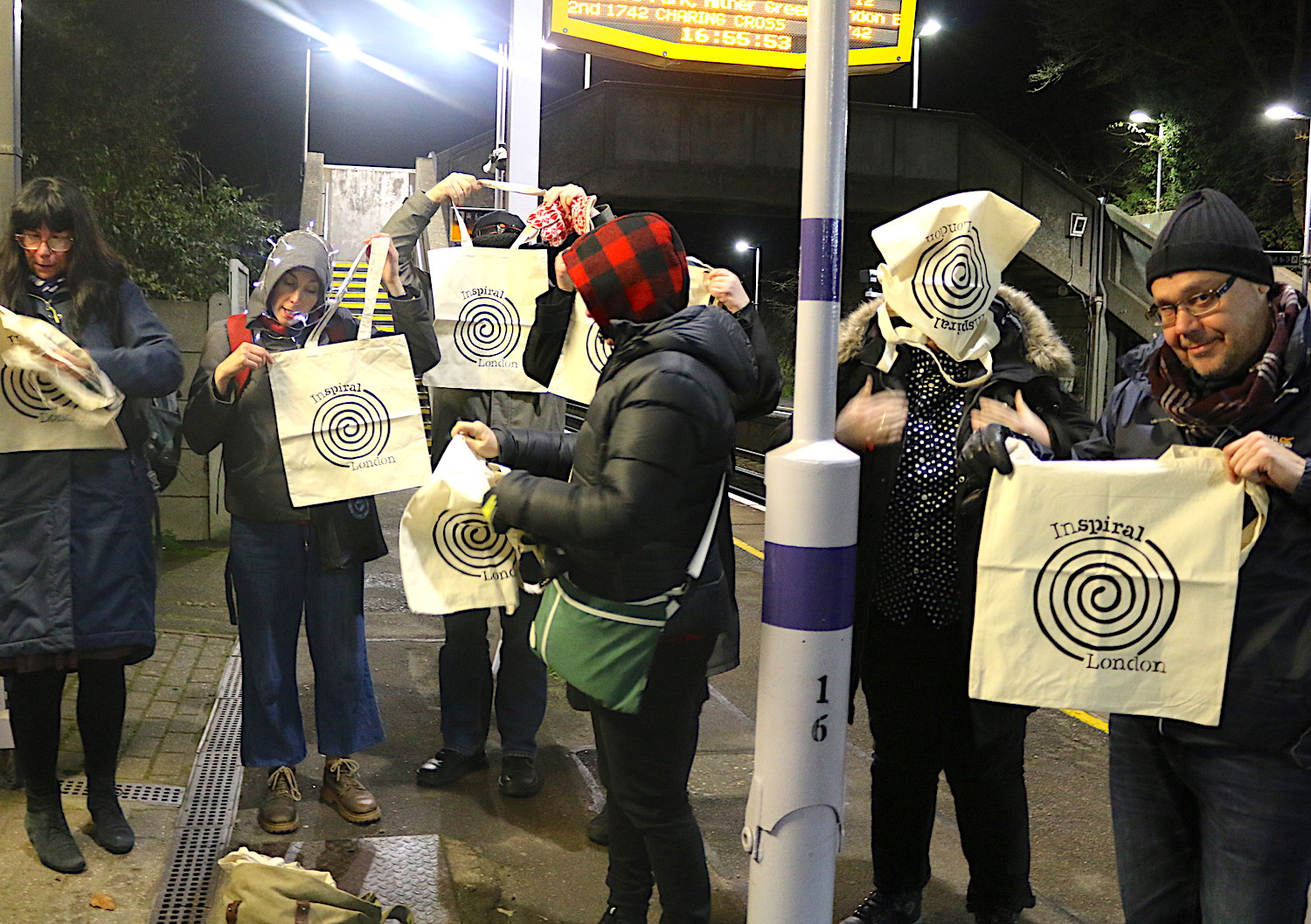