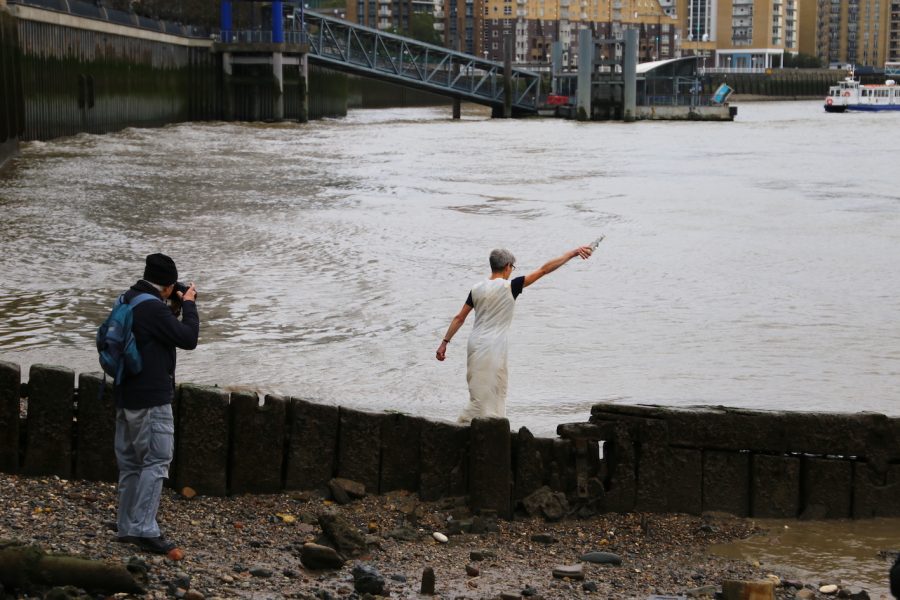 Perched for a time on the tidal beach, between segments 6 and 7 of InspiralLondon Trail, we invited the audience of CHOHW to join us on a two hour walking detour to the confluence of Bow Creek, Channelsea River, Limehouse Cut, Lea River and Lee Navigation; here, to search out the perpetual flame at Twelvetrees Memorial Garden. In tracing these confluences, the memories and fluid nature of the city and its material, everyone was asked to make their own Memotrial toWard a Watery Commons from the monuments and fragments of memory scattered through and among the Isle of Dogs/Limehouse.

A number of brief performances and interventions occurred both on the beach (4pm) and along the pathway (4.30-7pm). 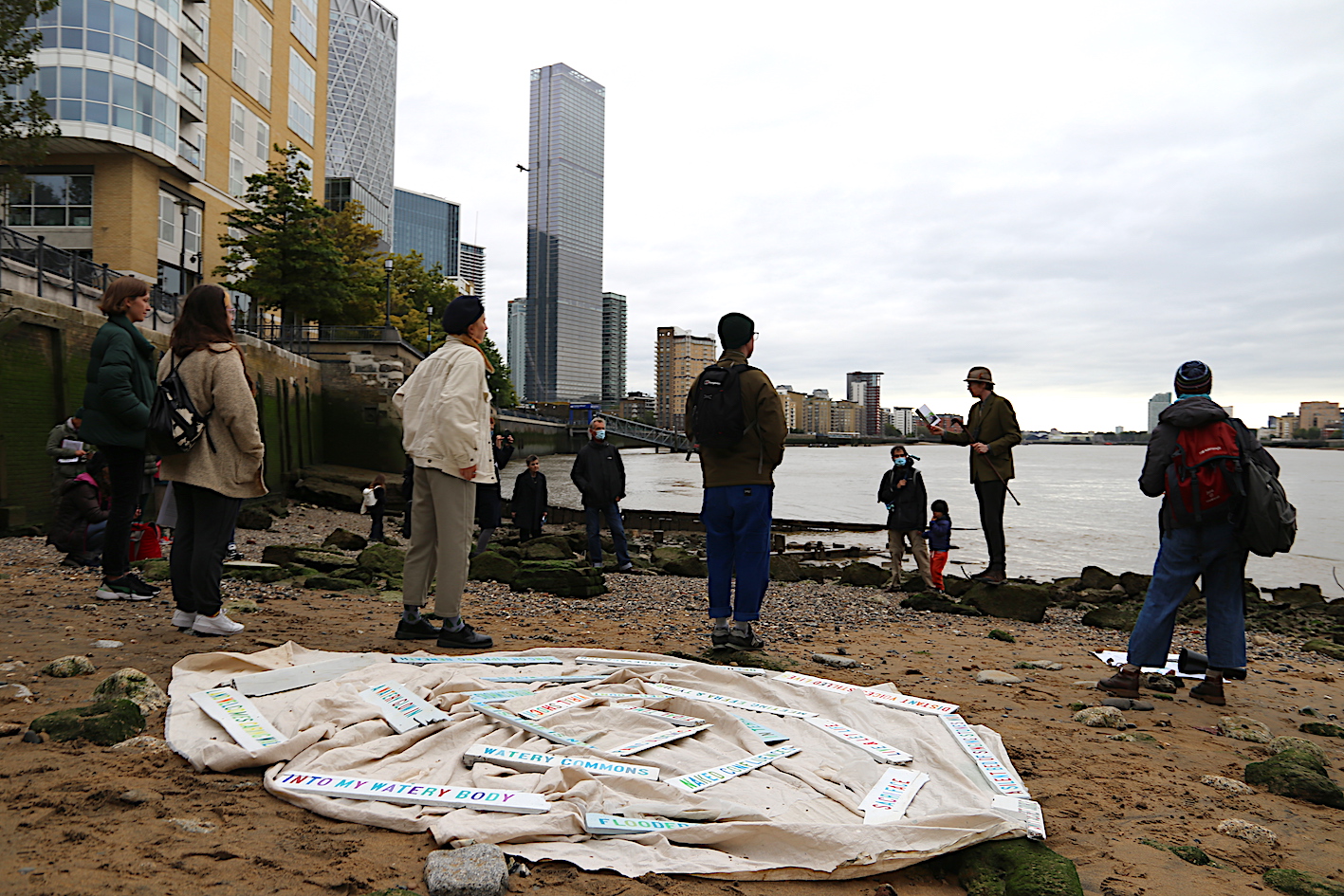 ‘Walking, combined with listening (outwardly – inwardly-in a mesh-work) leads to the destabilisation of boundaries that elicit ownership, privacy and controlled urban practices”.

And witness Rachel Gomme mingle the waters of the River Peck with the undertow of marshy Stebunheath as it roars by, the Thames.

Leaving the beach with a final brief Memotrail spiralling from the beach with artist ghost Sarah Sparkes, Charlie Fox et al. With thanks to all the audience participants and CHOHW tribe.

Start from CHOHW Beach 4.30pm back toward Three Colt Street and along Milligan Street 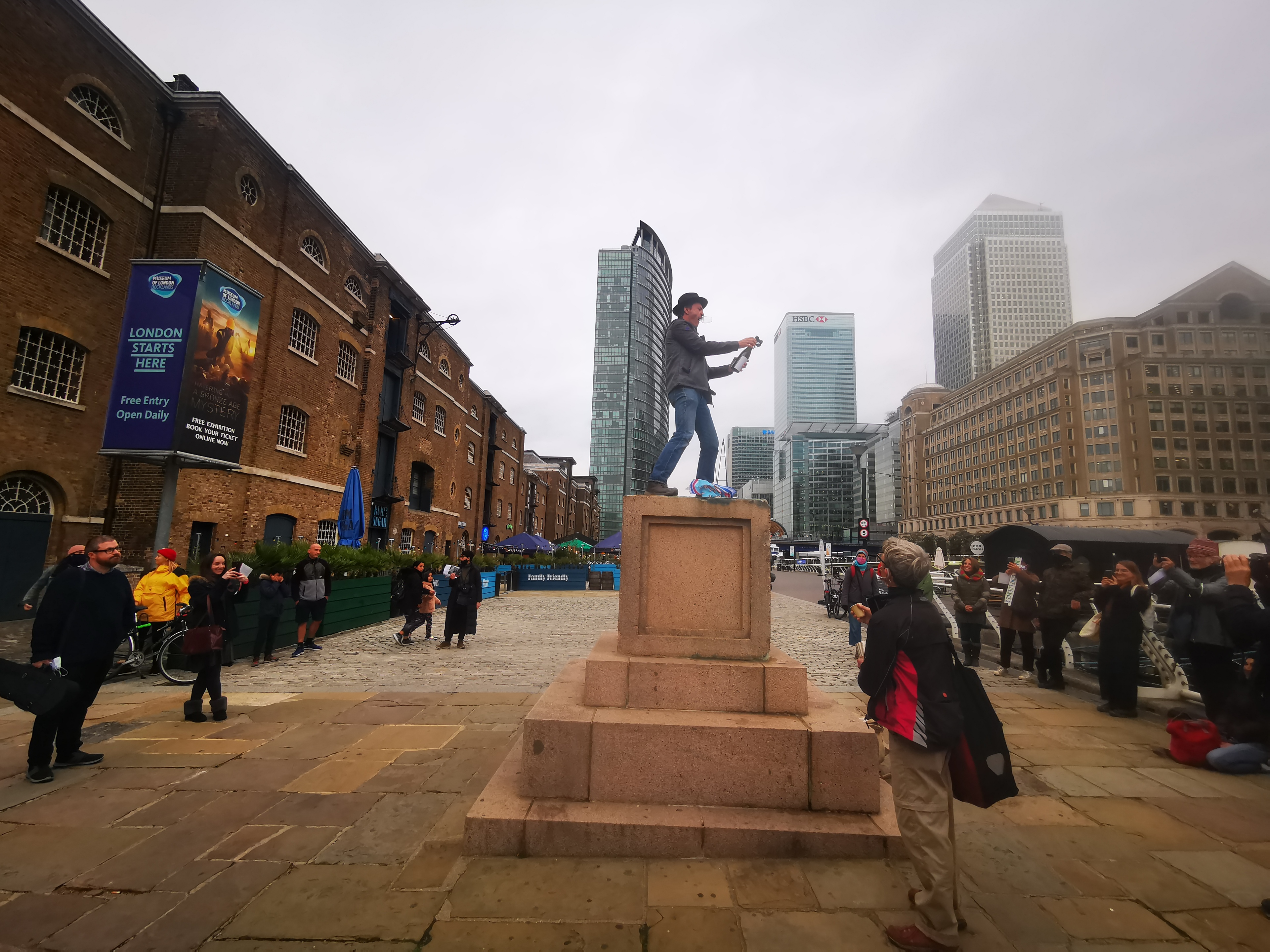 Second Stop (Halfway mark) St Anne’s Church Limehouse (north end Three Colt Street) 5.15pm – for slow walkers and others there is option to go straight to St Anne’s from beach. Please note the pyramid in the churchyard, which Iain Sinclair writes about in his September CHOHW send-out contribution. We will provide refreshments here – Second poetry reading (Stephen Watts – RIP David Widgery) and a brief reading from Iain Sinclair. For those not able to do the full walk from the Churchyard along the Cut we suggest you either enjoy a drink in local pub such as Grapes or stop in a local café.

For those wishing to do the whole walk loop then we continue from St Anne’s to Limehouse Cut (toward the Watery confluence 5.45pm) and return to Three Colt Street 6.45pm. 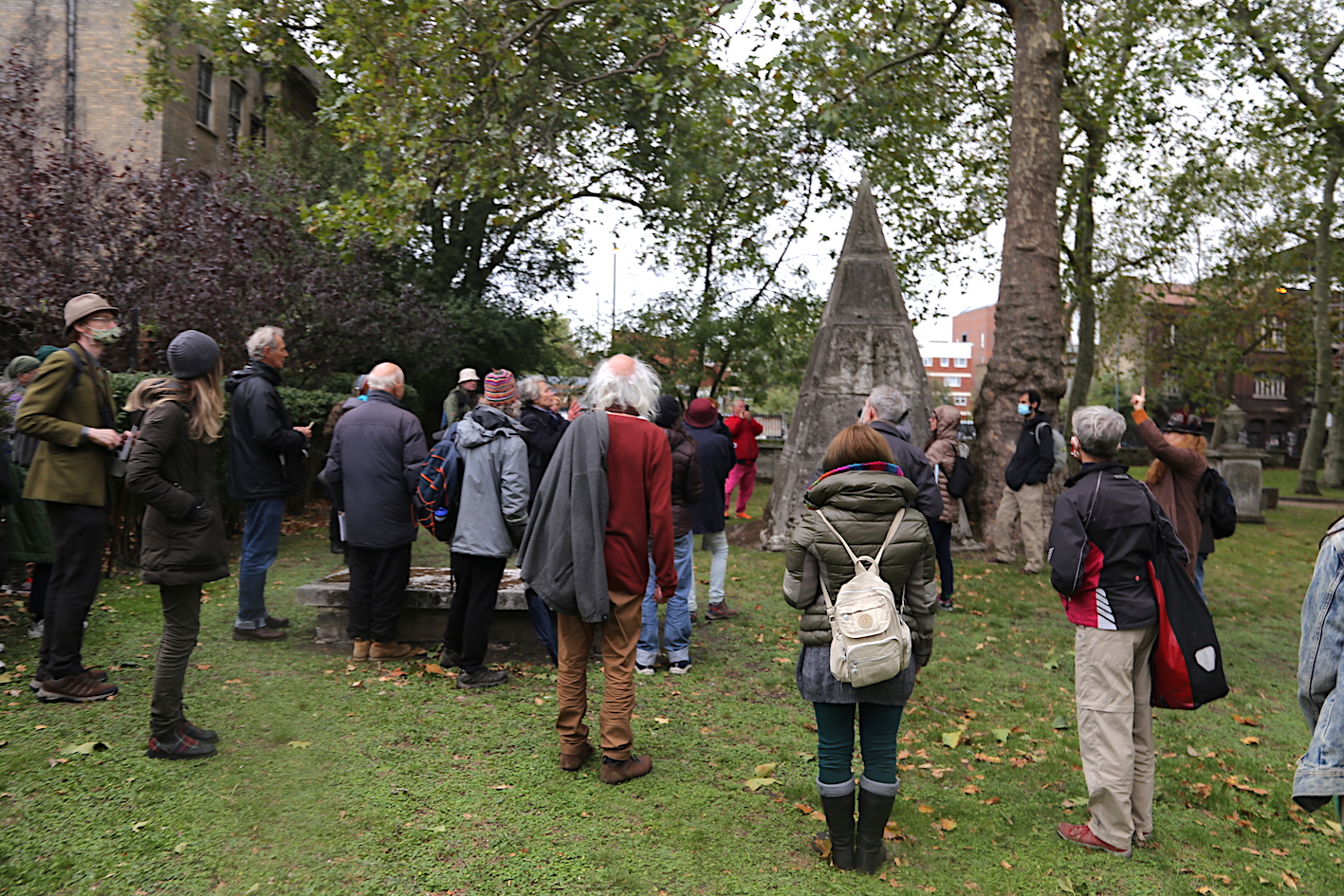 All at Becton Memorial at 6.45pm for Third and final poetry reading and performance from Mark Pearce.

This was a specially commissioned walk for CHOHW event – at low tide on Sunday 27 September – meeting by Three Colt Gallery from 4pm – and we are grateful  for the support of CHOHW for hosting this walk event.

A pdf can be downloaded of writing and other contributions made to the event.   CHOHWSept27-1:

Anne Robinson – Over Time Over Time