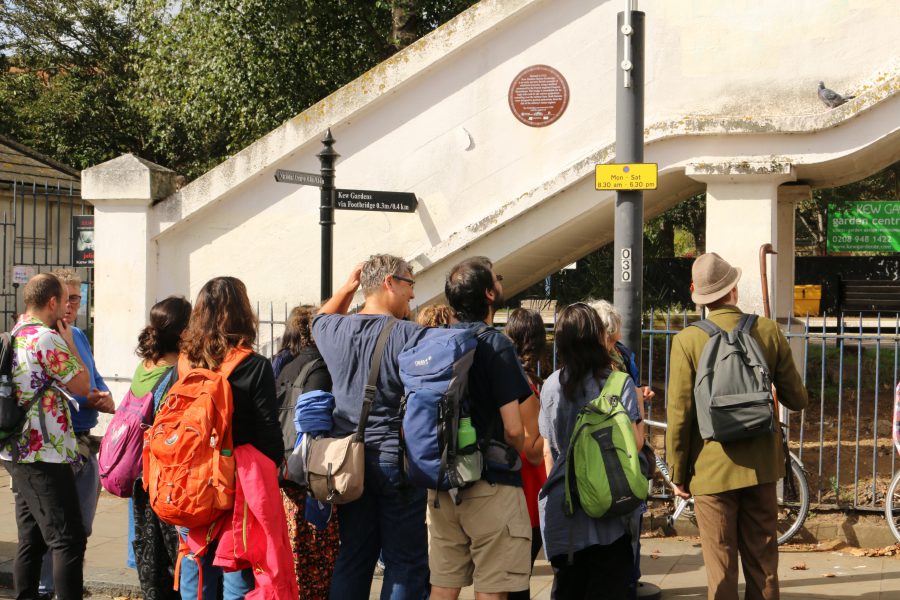 View documentation of the 2016 festival as a .pdf here.

The festival came to a spectacular end on 25 September, as we entered Wimbledon and reflected on a day of discovery and bird bingo in the late autumn sun. Our next segment of InspiralLondon Trail takes us from Wimbledon across the heights of South London to Crystal Palace. We will meet at 11am Wimbledon station on Sunday 23 October and plan to finish walking by 4pm.

Continue to be inspired to explore the city with new spirit and opened eyes by joining the InspiralLondon adventure. The festival project with its pioneering trail ranges across London, inviting interventions, talks, discussion and exploration along the path of the InspiralLondon. For updated festival information and/or to book a place on future walks or events, click here.

Saturday 24 Sept, all day: Day of Sound workshop at Greenwich University & Enderby Wharf (starts at Greenwich University at 10:30am, meeting at Cutty Sark Pub at 1pm, ending at 5pm); Day of Exploration and Walkie-Talkie with Walking Artists Network, along with artistic interventions along the Thames Pathway (12-5pm, meeting outside Cutty Sark Pub)

Sunday 25 Sept, 11am-5pm: Walk segment 18 of the InspiralLondon trail from Kew to Wimbledon

Full Event Festival Ticket to InspiralLondon Festival 2016 includes: refreshments and picnic lunch on Friday, plus picnic lunch on Sunday during segment 18 of the Inspiral walk, priority booking on ticketed events that include the Thursday evening opening talk at Swedenborg House, reserved place for Friday’s dialogues and discussion at Stave Hill, and priority for any artist or other workshops on Saturday. 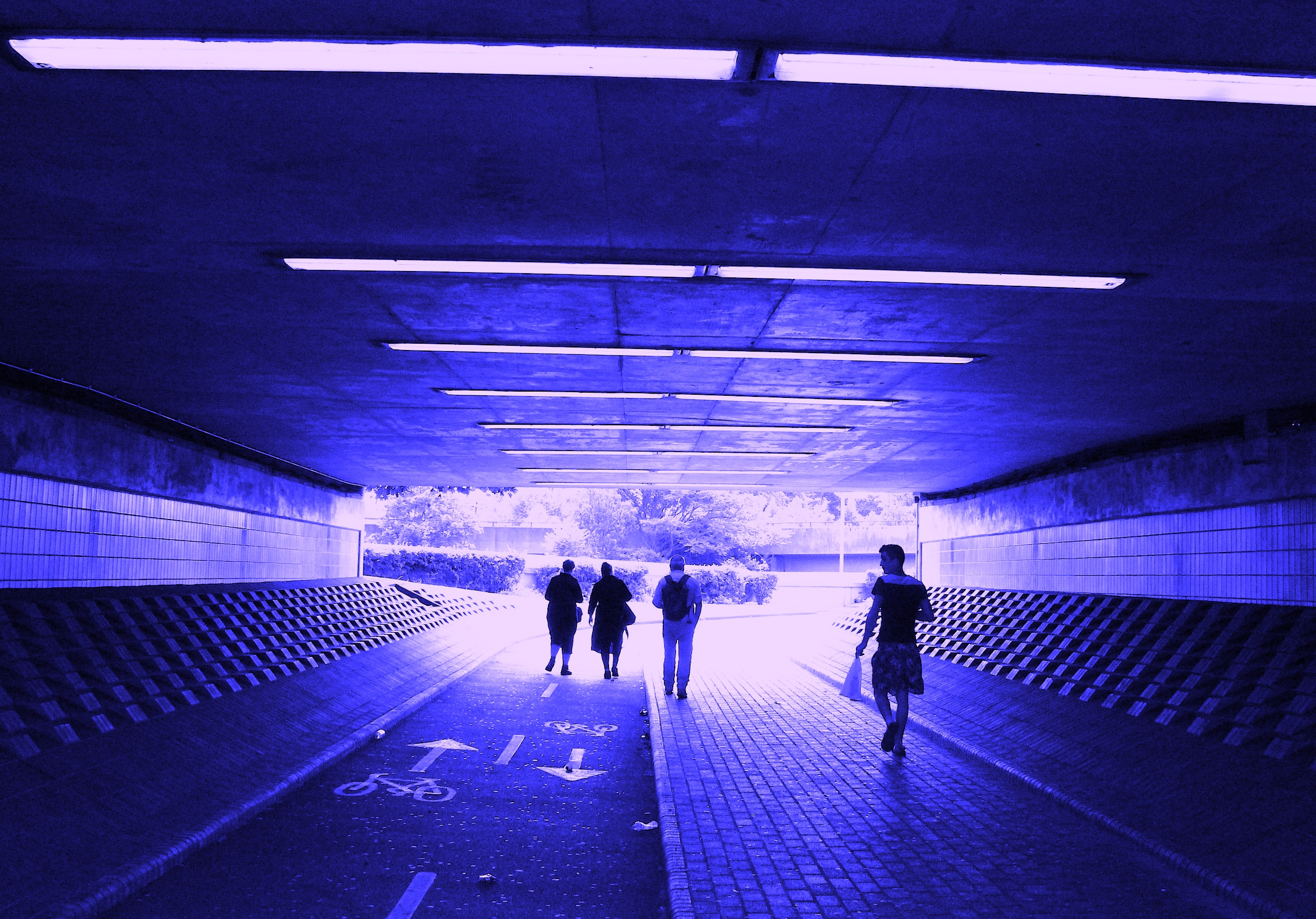 A stimulating evening of short talks introducing the public to the InspiralLondon trail, the themes of deep topography and to the other pleasures of walking. Invited speakers will investigate the role of artistic mapping, walking art, urban exploration and the imaginal in re-figuring space within large urban and semi-urban Metropolitan landscapes. Presenters include artist and curator Anne Robinson, Charlie Fox of counterproductions, James Wilson, William Rowlandson and Ken Worpole, as well as invited speakers from France, Julie Demuer, Baptiste Lanaspeze and Paul-Hervé Lavessière (Metropolitan Trails). 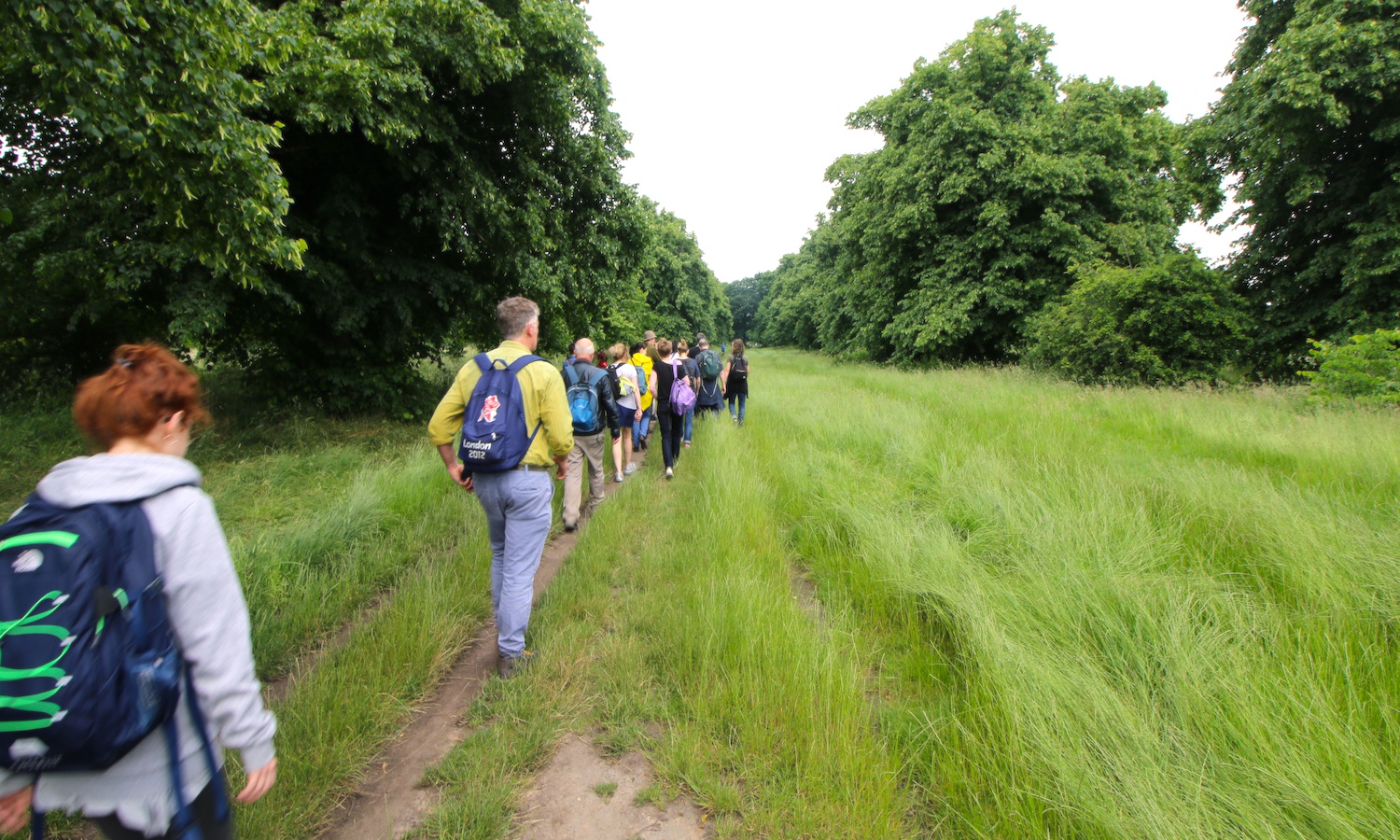 Park Life examines the fertile overlaps between artistic practice, ecology and urban planning with a number of artists and contributors including Julie Demuer on evolving ideas of the ‘park’. Together we will interrogate the visionary thinking and ideology that underpins the creation of landscape: cityscapes and the city as park, by exploring metaphorical spaces in relation to the real places and contested urban spaces. The discussion will build out from the examples of Central Foresta and the GR2013 trail in Marseille, and the Stave Hill Ecology Park (Rebeka Clark) constructed from out of the Surrey Dock ‘Wasteland’, with key contributions from other artists, urban planners and ecologists, including Grant Smith, Sarah Spanton, Richard Sobey, Clare Qualmann, and Alberto Duman. 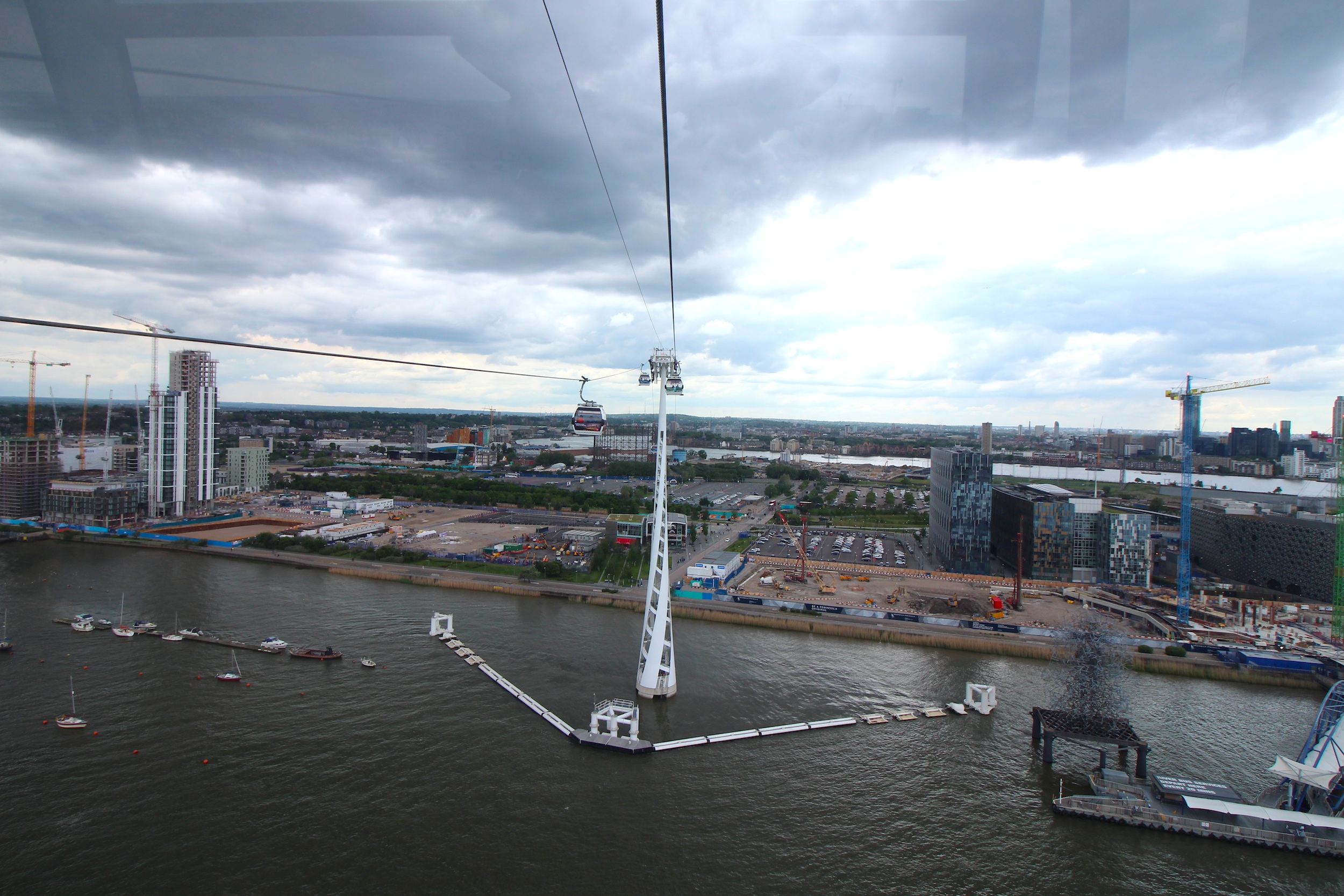 Day 3 will consider the commons and common use along the Thames tidal pathway, where urban and semi-urban space co-exist, co-mingle and con-flict. InspiralLondon artists and audience will confront 21st century metropolitan development together, exploring other ways to reclaim time and place.

In the afternoon, Walkie-Talkie will revisit the sites and sounds of Over Time, a multidisciplinary art project imagining the city’s past and future, curated by artist Anne Robinson in autumn 2014. InspiralLondon Meets Over Time creates a number of artistic interventions along the path of segment 12 of the InspiralLondon trail, alongside the beach and foreshore of Thames Pathway. With the audience we will explore the estuary at low tide, while reflecting on the dramatic changes that have taken place over two years. 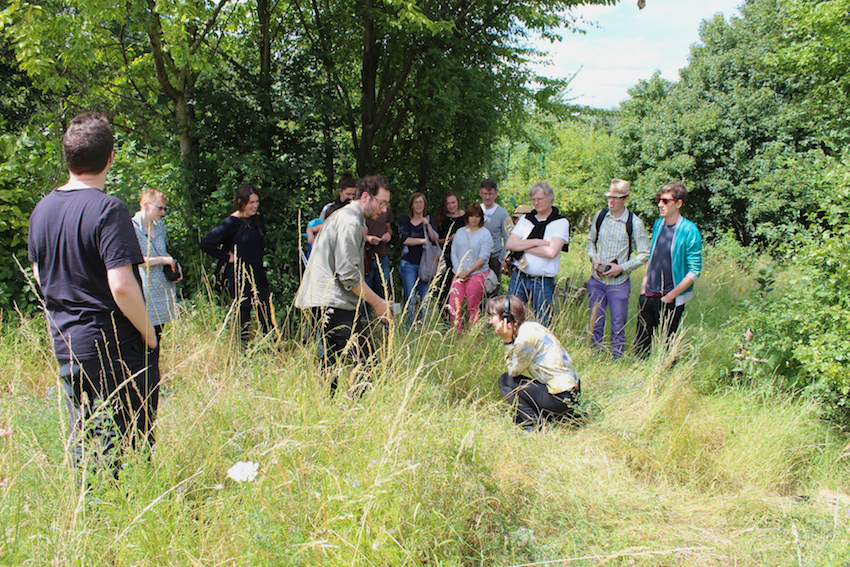 11am: Meet at Kew Bridge Station, we will be walking south across Kew Bridge.

12.30-1.30pm: Lunch in Richmond Park, with a short roundtable discussion

This is the final part of InspiralLondon Festival 2016. By joining us for a walk along segment 18, you will be able to participate in the creation of this new Metropolitan Trail. The pathway takes us from Kew, through Richmond Park to end in Wimbledon. We will stop in Richmond Park for an informal discussion of the project and to consider future Inspiral ideas.

Ken Worpole is the author of many books on architecture, landscape and public policy. He collaborated with photographer Jason Orton on two books exploring the coastal landscape of the Thames Estuary and East Anglia: 350 Miles (2005) & The New English Landscape (2013). His most recent book, New Jerusalem: the good city and the good society, was published by the Swedenborg Society (2015).

Baptiste Lanaspeze is a writer and editor, founding Wildproject publishing in 2008. Wildproject specialises publishing projects in ecological thinking, nature writing and place-making. He is the author of Ville Sauvage – Marseille: Essays on Urban Ecology (2012) and produced the walking trail GR2013 Marseille-Provence.

Julie Demuer is a writer, producer and sound artist, based in Marseille, working in the interactions between artistic practices, culture and territories. She directed the cultural radio “Radio Grenouille Marseille“, and is a co-founder and active member of the “Hotel du Nord”, a cooperative for another tourism. Julie was a lead artist in the creation of the GR2013.

Cecilia Wee is a London-based curator, writer and broadcaster who produces art projects that challenge existing models of audience engagement, particularly in the fields of experimental sound, performance and visual art practices, in the UK and internationally. Currently Lecturer in Visual Communication at the Royal College of Art.

William Rowlandson is Senior Lecturer in Hispanic Studies at the University of Kent. He is the author of Imaginal Landscapes: reflections on the mystical visions of Jorge Luis Borges and Emanuel Swedenborg (Swedenborg Society, 2015) and Borges, Swedenborg and Mysticism (Peter Lang, 2013). For more about William, visit his website.

Charlie Fox is director of interdisciplinary art platform counterproductions, facilitating collaborative projects that generate new artistic culture, through experimental performance, engaged and visual art practices; creating work that offers the potential of an art for all. He is currently directing InspiralLondon (2015-2017) and working on ideas for an Interdependent School of Art & Humanity.

Anne Robinson’s multi-disciplinary artistic practice is concerned with the perception and politics of time passing, working experimentally with duration, frame, exposure, paint surface, sound and movement. She holds a practice-led PhD on temporality and painting. Recent work includes Thrashing in the Static, shown in Deptford X, Folkestone and Singapore. Anne is curatorial projects include: Supernormal (2013-2016), One More Time (2011), and Over Time (2014).

James Wilson works as an editor and librarian at the Swedenborg Society. He is the author of Three Bridges (Neverland Publishing, 2014), a novel about chance encounters upon London’s historic bridges; and the essay collection Images of the Afterlife in Cinema (2011).

Rachel Gomme is an interdisciplinary artist making work in performance and installation, with a particular focus on spaces and phenomena that are habitually overlooked, ignored or perceived as ‘empty’. She trained in dance, and while her work has encompassed a range of forms, from sculptural installation, video and sound installation to guided walks, her practice is rooted in the live presence. Through durational performance, site-specific performance and interactive encounters, often focused on the overlooked or ‘empty’ space (silence, stillness, waiting), she seeks to open a space for engagement with the embodied moment, awareness of the unnoticed detail of bodily presence and processes, and articulation of the body’s integral relationship with environment. She has presented work, performed and taught throughout the UK and internationally since 1998.

Calum F Kerr is a multi-disciplinary artist with emphasis on performance, sculpture and sound. His research relates to reception of place, creating and inhabiting characters such as J. D Swann (ornithological investigator), Brian Guest (founder of Society for the Preservation of Admirable Rubble) and Maurice the Dodo. These elicit distinct resonances from buildings, beaches, cemeteries, parkland and wild countryside.

Sarah Sparkes is a London-based artist. Her work engages with magical or mythical narratives, vernacular belief systems, the visualisation of anomalous phenomena and liminality through the metaphor of the portal. Her work is often research led and an exploration into the borderlands where science and magic intersect. She works with installation, sculpture, painting, performance and more recently film. She was the 2015 winner of the MERU Art*Science award. Recent exhibitions include ‘English Magic’ at New Art Projects; ‘Atlante della immagini e della form’ at GAMeC – Galleria d’Arte Moderna e Contemporanea di Bergamo and ‘Gothic Pleasures’ at Emma Hilll Eagle Gallery.  She runs the visual arts and research project GHost.

Ian Thompson is Programme Leader of BA Digital Arts Practice at the University of Greenwich, where he also lectures in sound design and creative production. His own practice currently brings together music and computing into generative composition using open source data; he’s currently completing ‘Arrival Time’, a computerised composition based on Transport for London data feeds. As a ‘cellist, he performs regularly with improv ensembles such as Breathing Space and Some Some Unicorn. He founded the Hackney Secular Singers choir in 2008, and was a director of 3D60, an audio production company specialising in spatial sound recording between 2008 and 2012. He has also produced online features for BBC radio, and was bass player with the Mike Flowers Pops group in the mid nineties.

Clare Qualmann is an artist/researcher with an interdisciplinary performance oriented practice. Her work engages a range of participatory methods, and a breadth of media to explore and reveal the overlooked – the politics and potentials of everyday life. She works at the University of East London and The Cass at London Met where her teaching and research connects strongly to walking art practice, working on modules that forefront interdisciplinarity, participation and site specificity. A founder member of the Walking Artists Network, Clare continues to facilitate its occasional events and active online presence. Recent projects include walkwalkwalk: stories from the Bethnal Green archive (2010) a permanent installation in Bethnal Green Old Town Hall, Perambulator, (2014) a participatory performance/walking project (with prams) for Deveron Arts in Huntly (Aberdeenshire), and East End Jam (2015) a collaborative walking, foraging and jam-making project for the London Legacy Development Corporation. She is currently (2016) working with Amy Sharrocks on WALKING WOMEN events at Somerset House and Forest Fringe.

Alberto Duman’s artistic and academic practice has developed in the last 15 years framed by developments in UK public art practice. His work has expanded into a broader spatial critical practice, where doing art, writing about urban development, collaborating, guiding urban walks and teaching across art, architecture, planning and sociology are the recombinant elements of a constantly reconfigured profile; where the city in all its possible conceptualizations has emerged as the ultimate loci to understand and intervene in our contemporary global condition.

Georgia Muenster completed a MA in Curating Contemporary Art at the Royal College of Art (2015), focusing on psychogeographic practice and contemporary art in public space.
From 2008-2013, she was Press Writer & Curatorial Fellow of Flux Factory in New York. As an independent curator  she has produced exhibitions, workshops, at venues including the Palais de Tokyo, Copenhagen’s Dome of Visions, and the Aarhus Center for Visual Art. Currently she is working on the ‘Concert Hall’, an immersive musical architectural installation opening in May 2017 at the Slagteriet in Denmark.