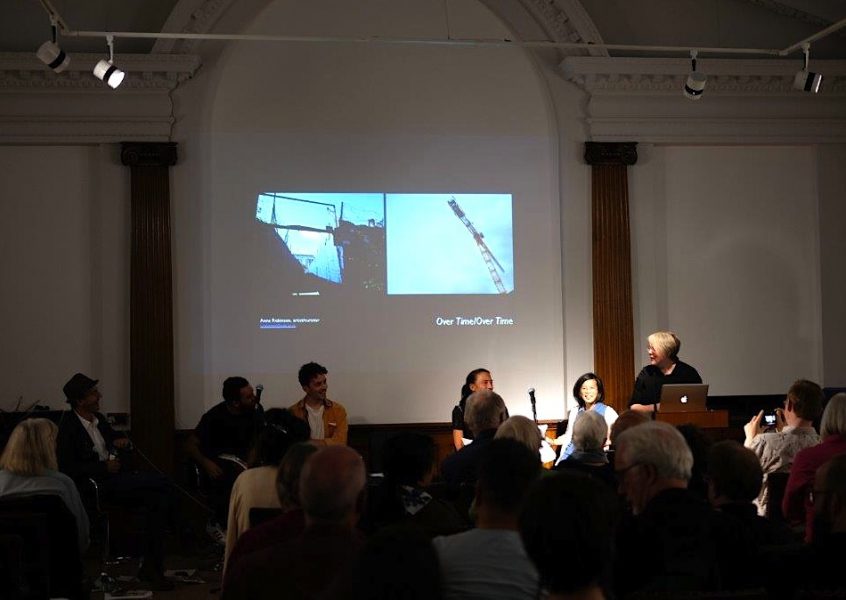 A stimulating evening of short talks introducing the public to the InspiralLondon trail, the themes of deep topography and to the other pleasures of walking. Invited speakers will investigate the role of artistic mapping, walking art, urban exploration and the imaginal in re-figuring space within large urban and semi-urban Metropolitan landscapes.

Charlie Fox will provide a brief overview of Inspiralling and the future overall trajectory of InspiralLondon in 2016-2017. Then introducing the topographic themes, James Wilson will talk briefly about Emanuel Swedenborg’s practices of walking, followed by William Rowlandson’s introduction to walking and the imaginal, a talk that draws from research in his recent book Imaginal Landscapes (2015). Then in Against Oblivion Ken Worpole will reflect on how landscape embodies social memory and why we must resist the continuing pressure to erase the past and start anew.

After a short break for drinks, we are delighted to have a number of speakers from France, including: artist producer Julie Demuer, presenting the challenges faced in the creation of the national walking trail GR2013, through Marseille Provence. Paul-Hervé Lavessière will then talk about the birth of another urban trail, La Révolution de Paris. This project was launched in January 2014 in the Pavillon de l’Arsenal as a travel narrative looping around the city centre of Paris (Wildproject, 2014). Baptiste Lanaspeze, director WildProject will then introduce Metropolitan Trails with the launch of MT Journal (Tunis and New York) and the ‘Metropolitan Trails Charter’.

Finally Anne Robinson will reflect on Over Time: an art project she curated in 2014 where eleven artists were stranded on the Thames foreshore with no temporal markers, save their embodied, perceptual selves, responding to the tidal topography through experimental practice. There will also be a short panel/audience discussion, facilitated by Dr Cecilia Wee (RCA, Visual Communications).

Prior to the talks at Swedenborg House, we will meet at Kings Cross (by the Henry Moore Spindle sculpture in front of the station) at 3pm to walk the first portion of the InspiralLondon trail, segment 1 to Soho. Join us!