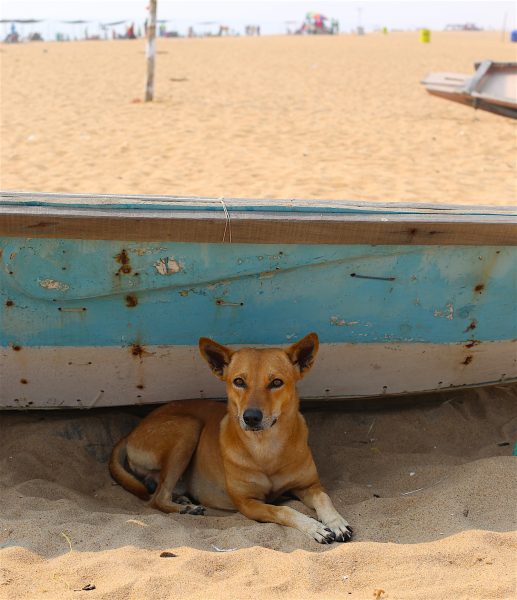 Following recent walking investigations in Kolkata and Howrah, InspiralLondon and counterproductions explore the potential of first Metropolitan Trail in India; alongside further interaction and artist exchange with activities in Kolkata and Bengal. From an imaginary centre point, by the statue to Indira Gandhi, the trail takes you in a multiplicity of directions, the centrifugal force of the city split by the lazy curves of the Hooghly River as it glides towards the Ganges. (December 2018) 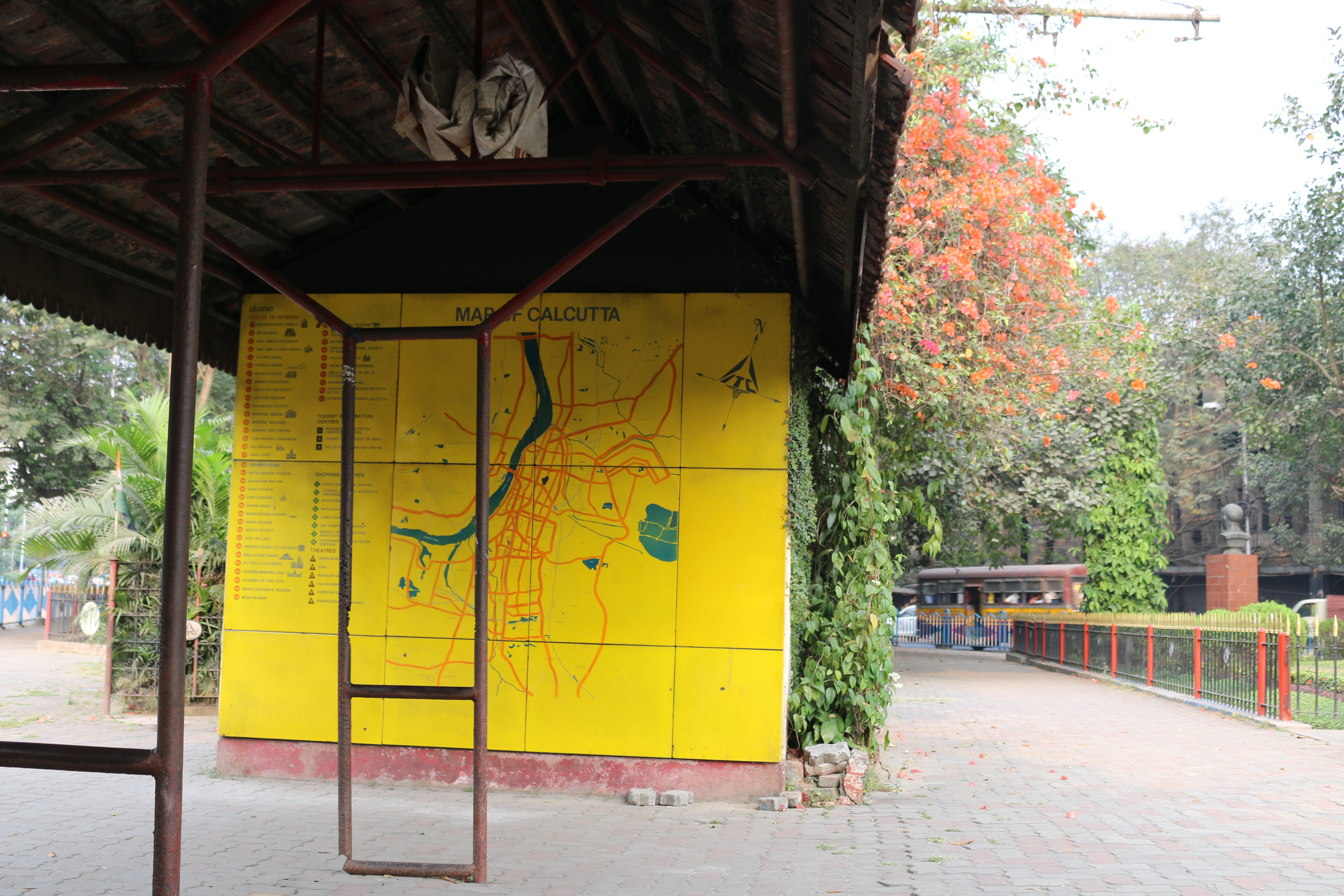 100 plus portraits of street dogs, ‘free-ranging urban dogs’ and feral urchins – as the original street philosophers and inspiration for Diogenes’ cynical practice. This project is in development with partner organisations in North India. Supported by a bursary from a-n The Artists Information Company and funded by counterprint ltd. More info here 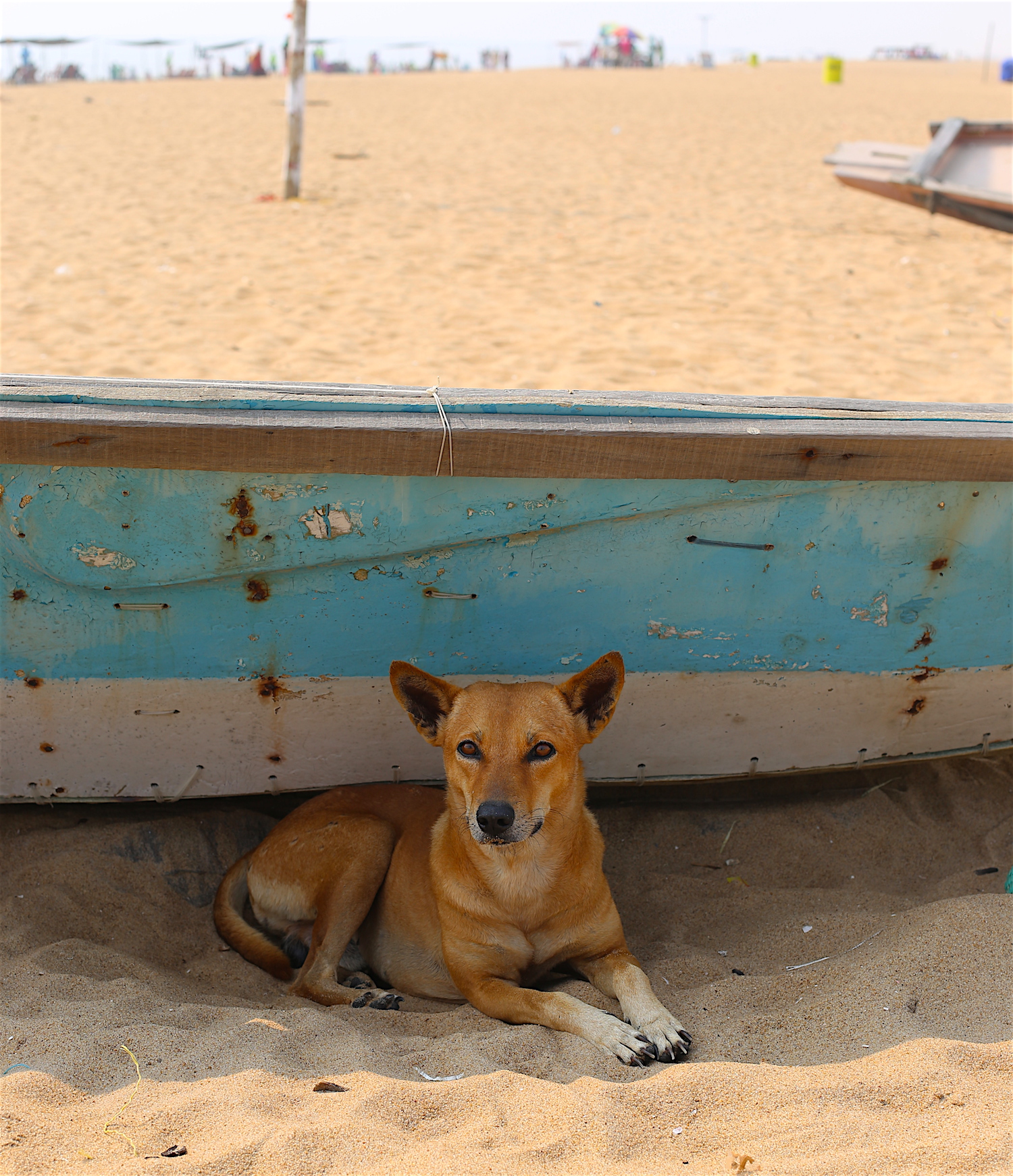 Cynics of North India is new work that investigates the activities of street dogs (following ‘The Cynics of Rajasthan’ 2016/17), using walking and urban exploration as a way of interacting with ‘street dog culture’. As Donna Haraway claims: Dogs are not an alibi for other themes; dogs are fleshly material-semiotic presences in the body of technoscience. Dogs are not surrogates for theory; they are not here to think with. They are here to live with. Partners in the crime of human evolution, they are in the garden from the get-go, wily as Coyote.’ (Haraway 2016: 97-8)

Since we evolved into modern homo sapiens our relationship to Dogs is intimately related to our sense of self. As the companion species dog evolved alongside humans, rather as Diogenes lived, becoming the true cynics practising a pared down, ascetic life without human pretension. All over the world where humans wandered dogs followed, metamorphosing into the specialised creatures we breed today. Yet still in certain regions the dog remains loosely tied to human’s interventionist breeding regimes and has a freer association. Dogs evolved but without the regime of strict domestication, closer to Coyote and Wild Dog cousins, these village street dogs that litter North India have their own way of living in the complex heirarchy of modern Indian Society. They are the true heirs of the Cynics, eating, sleeping and copulating as and when they see fit, adapting easily to the situations they find themselves in. To clebrate and explore this unique culture, in all its rich and varied forms, counterproductions has created a library of dog portraits gleaned from long rambling walks in Puri, Raghurajpur (Odisha), Kolkata and Howrah (and in 2017 Delhi, and Rajasthan). These images form part of a larger project to reclaim knowledge, interact and celebrate the street dog culture of North India. 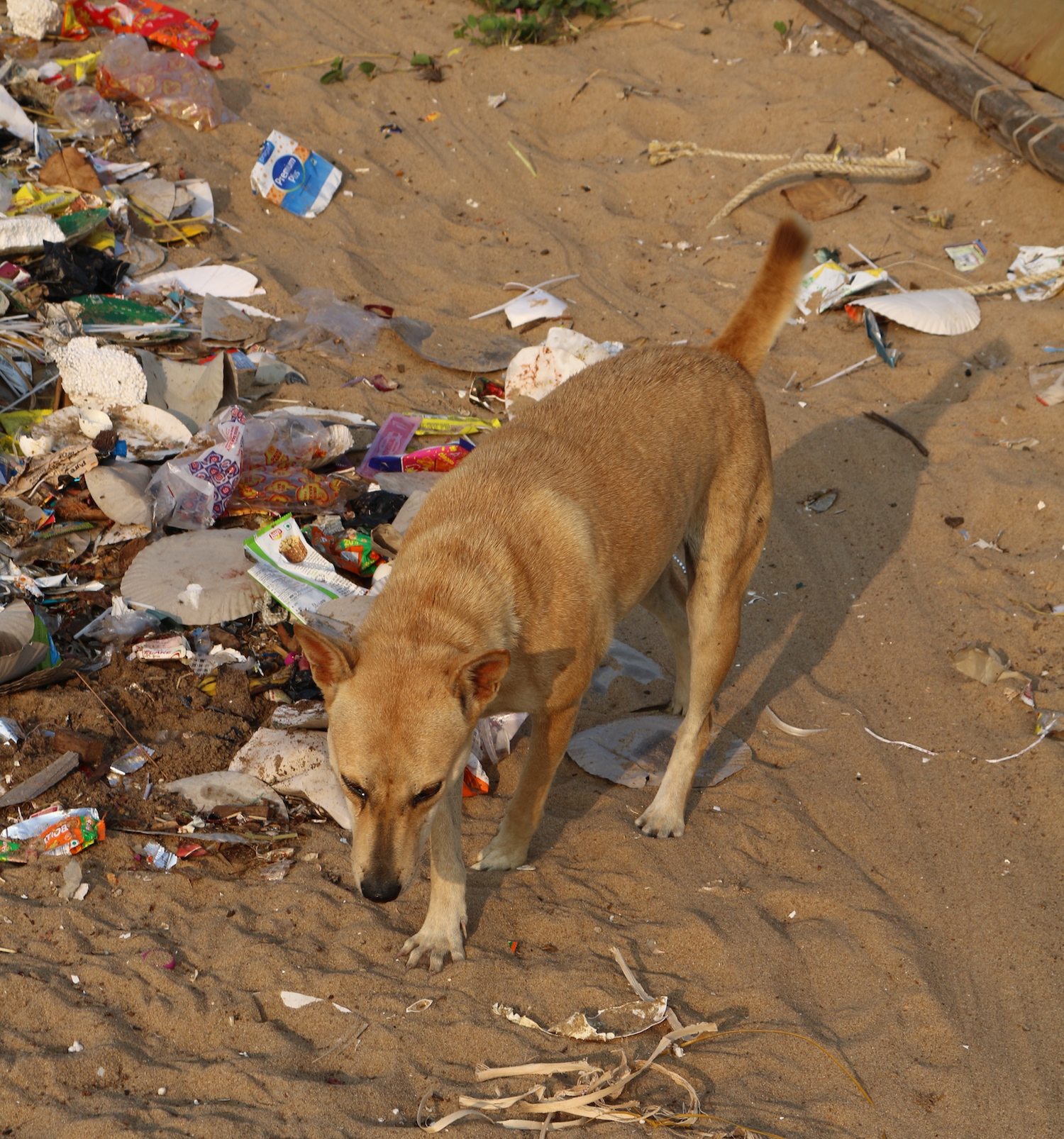 I’m up early – tried to make it before dawn – but the sun has already broken from the east and rolls across the beach. In the morning there is still some moisture diffusing the light, a slight mistiness, and the dogs, many thin almost shivering, afraid to open their eyes to see what the day brings. A man in big boots with a big camera lens. The eye is looking for them, searching for the light, out of the shade as the sun pitches higher they come in ones and twos. Hungry and hopeful, picking over the beach food, debris left from the latenight take outs but mainly the leftovers tipped onto the communal midden. This artificial dune dump, between the fishing village and the sea where the boats have arrived with their haul, surrounded by crowds of eager buyers, is the place the dogs frequent to find some decent scraps.

Underneath an upturned boat, I turn to find a bloated corpse, a black dog, distended belly, bloody marks on the rear legs. Perhaps the first signs of carrion, scavenging on the scavengers. The smell is covered by a combination of the putrid dump and the sea air. Men squat on the edge of the midden to relieve themselves. Dumps and dogs, and as the villagers say there’s nowhere else to put the waste, but to let it be picked over before running into a thick black treacle, channeled into the sea. 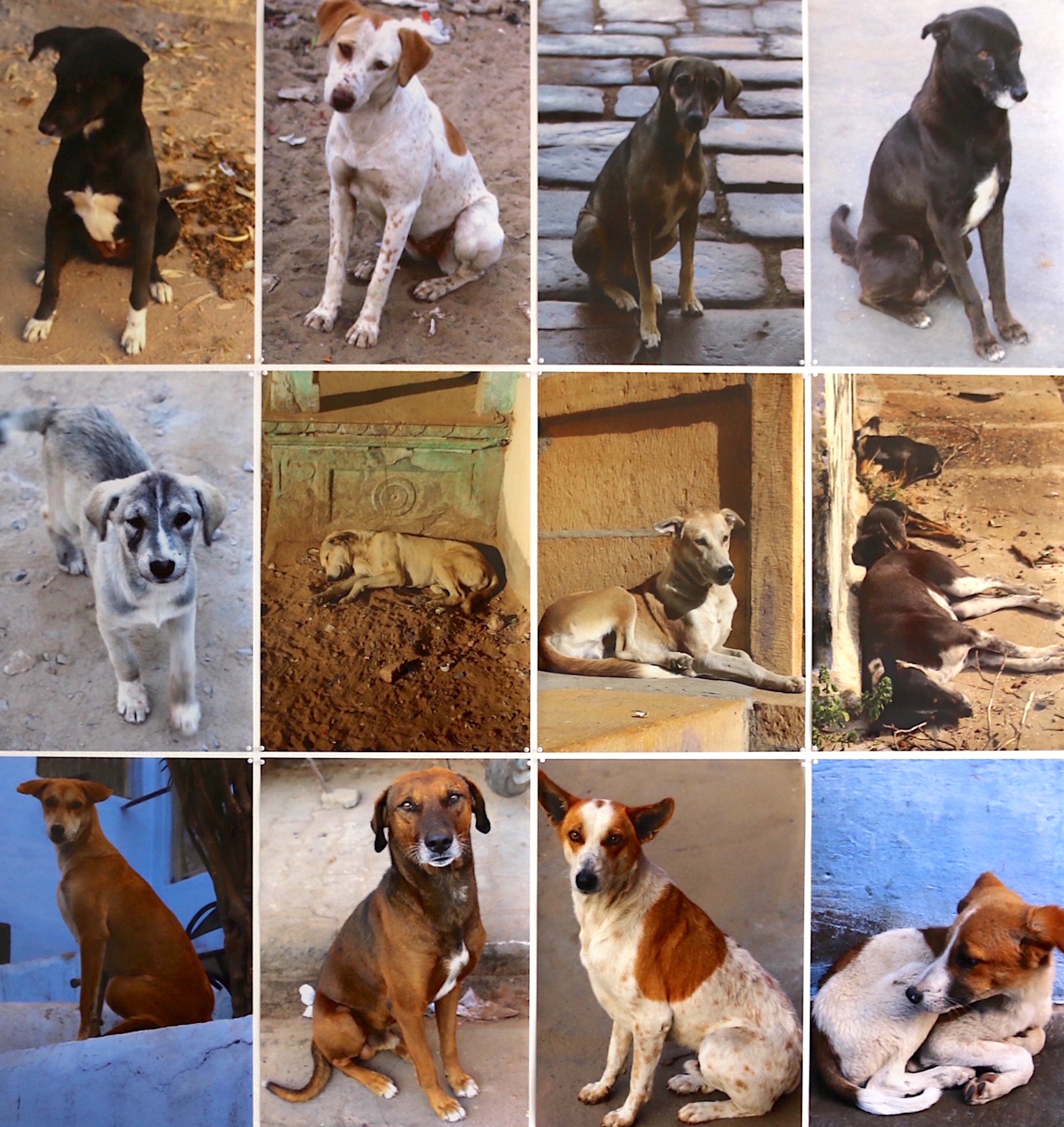 …companion animal has the pedigree of the mating between technoscientific expertise and late-industrial pet-keeping practices, with their democratic masses in love with their domestic partners, or at least with the nonhuman ones. Companion animals can be horses, dogs, cats, or a range of other beings willing to make the leap to the biosociality of service dogs,  family members, or team members in cross-species sports. (The Companion Species Manifesto: 106)

There is material for this everywhere, and like a dog I dive into the nearest dumping ground, about 10 minutes from MATI Residency, in front of the building site adjacent to us.  Careful what to pick at but eager to find the right materials to make a start on the project, I start by making a pile of papers and card. A dog prowls warily atop the dump, regarding my work suspiciously. I need a bag to collect the materials so turn my back to go into the building site to look for discarded cement bags. On my return there’s a pungent smell and puddles of urine sprayed across the pile of papers. The dog has come and anointed the gleaned materials. Now nowhere to be seen I feel pleased that the project to explore ‘Dog/God’ has been blessed by our resident street dog. Everything has its mark and stench, its use and its sacred right to exist, in the layered heirarchies of Odisha. 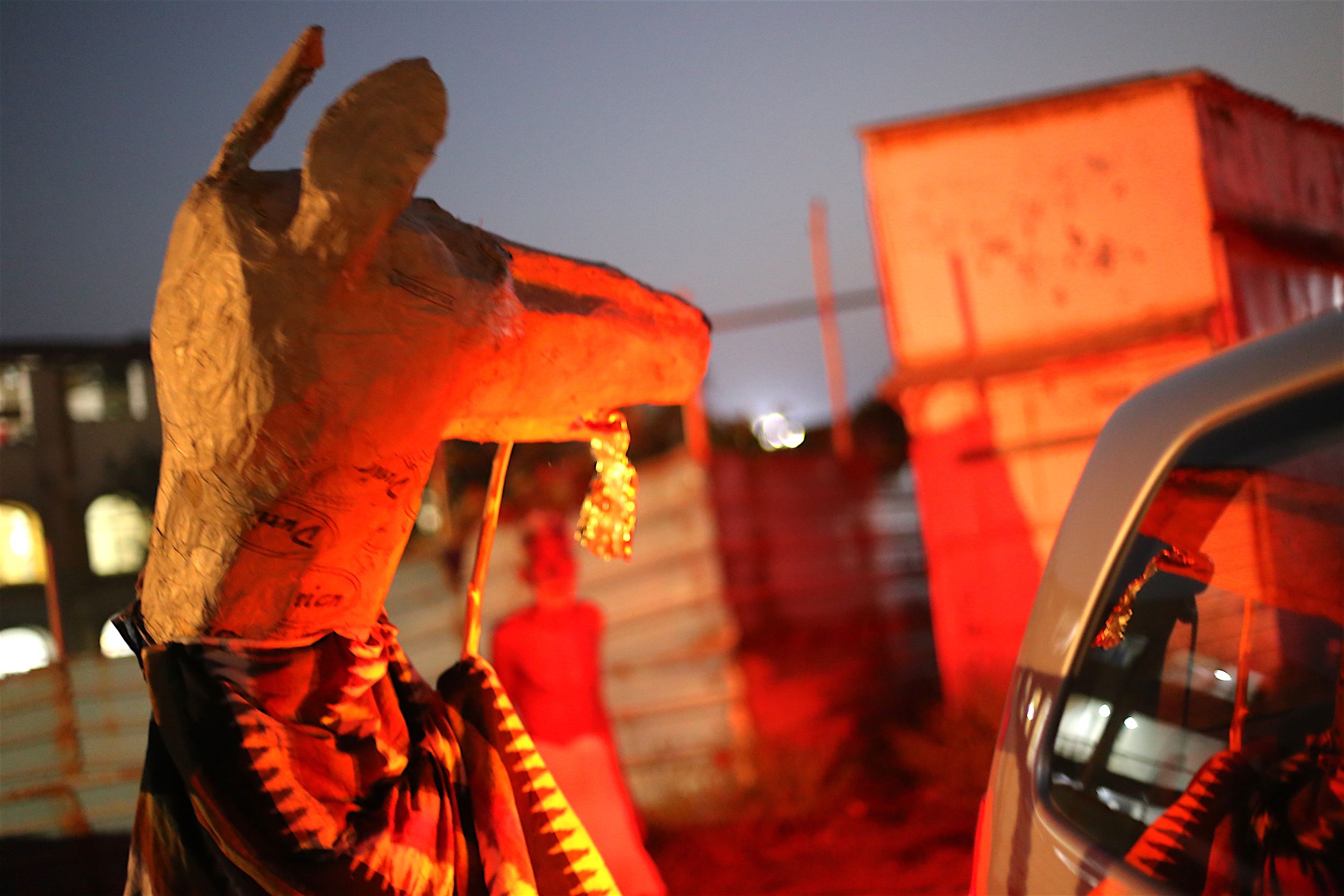