“From 2pm-6pm on the Waterlink Way – passing the confluence of Ravensbourne with Beck and Pool we will reach the wild swimming lake in Beckenham Place Park at 3.30pm.”

A walk along the Ravensbourne (The Beck and The Pool), discovering the backs of houses, recent flood improvements, confluences and some hidden backwaters of Lewisham; to meet artist Nicole Mollett on a unique tour of her home town; to celebrate the unveiling of Beckenham’s latest folly, created in the artist’s garden.

Nicole created a unique walking tour starting from Beckenham Place Park Mansion – with its proudly wrought inscription: ‘Nihil Sine Labor‘ – “nothing without work”. We were joined by other inspiral associate artists, Frog Morris and Daniel Lehan, and so were reminded of the works done on the Park since we first came here in winter 2015, when the Park was still a public golf course, with the buildings still somewhat abandoned. The park has been transformed since by the work instigated by Lewisham Council in 2017 and now boast cafe,  sensory gardens, and a wild bathing pond. Fortunately the beautiful mature trees remain as the main park attraction, with plenty of opportunity to get lost in the woods especially after dark*.

Nicole was able to show us the ancient Stumps Hill pond near to the demolished site of Haddon Hall, David Bowie’s musical commune, before we made our way to the Beckenham Ballroom and Langtrys, for a lively description of local nightlife. Then crossing the main road we entered St George Church Yard where we encountered Margaret Finch, seated leaning forward with her pipe. This famous ‘gipsy’ queen who died in 1740 is apparently buried under the Victorian Church. Then turning uphill toward Oakhill Road we passed Beckenham Theatre and the Jolly Woodman pub before arriving at “A Folly Revealed”.

Here, as tea and cake was served, Nicole officially opened Beckenham’s latest folly. The reveal was followed by celebratory performances from artists Frog Morris, Daniel Lehan and with support from Inspirallondon Director Charlie Fox. This event was livestreamed and can be viewed at https://www.instagram.com/nicole.mollett/ 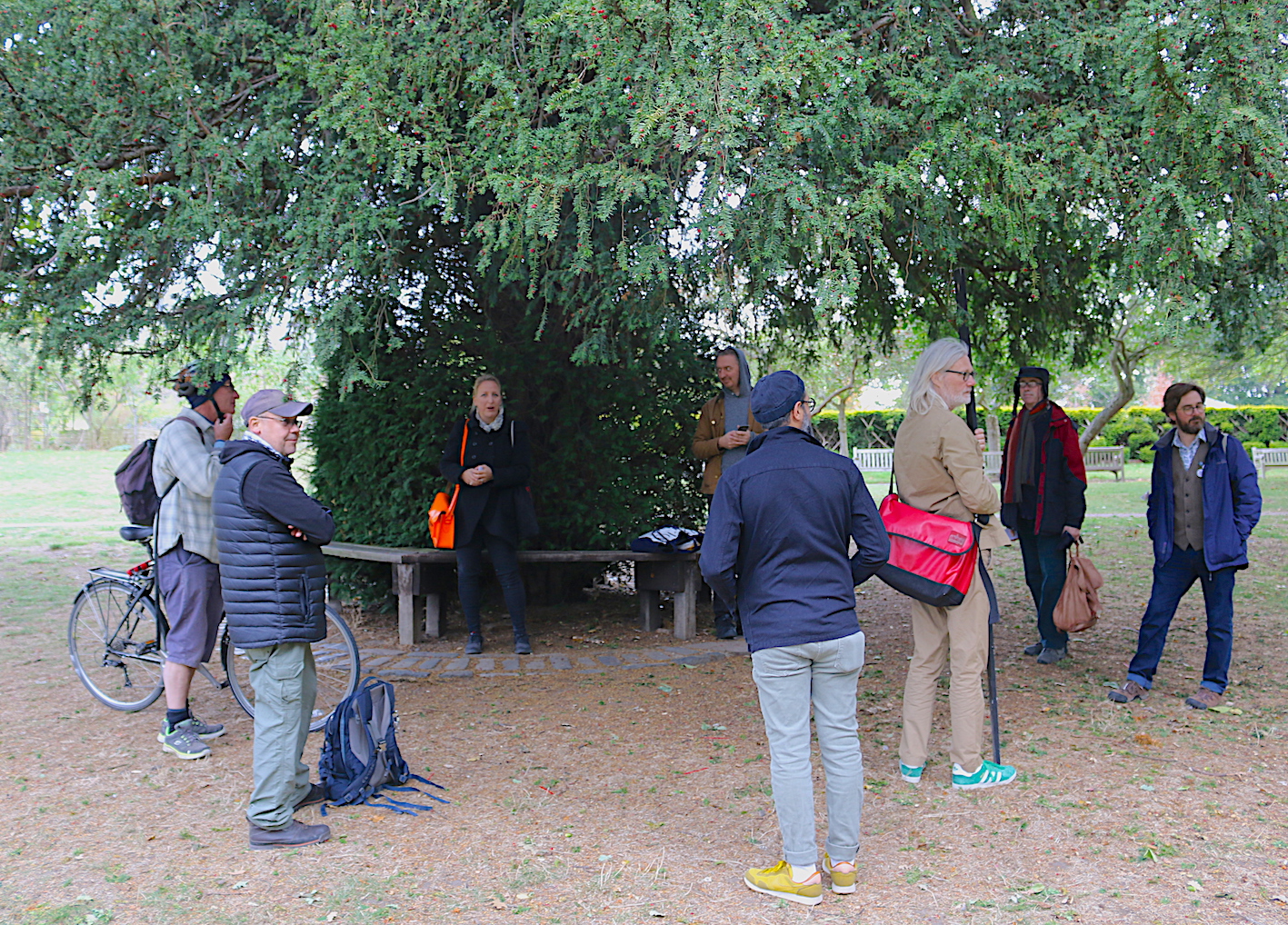 *As part of the improvements to park 15,000 saplings have been planted.

We are very grateful to Nicole and her family for hosting us and allowing us to enjoy Beckenham’s newest folly. Thank you.