InspiralLondon would like to thank MT (Baptiste Lanaspeze and Paul-Herve Lavessiere) for inviting us to take part in the exhibition and for hosting the inaugural meeting of the International Metropolitan Trail Association.

This exhibition will run for over 2 years and makes up the penultimate display of  one floor of the museum gallery (European Culture and Contemporary Anthropology within a Mediterranean context). More info CP-Sentiers-Mucem 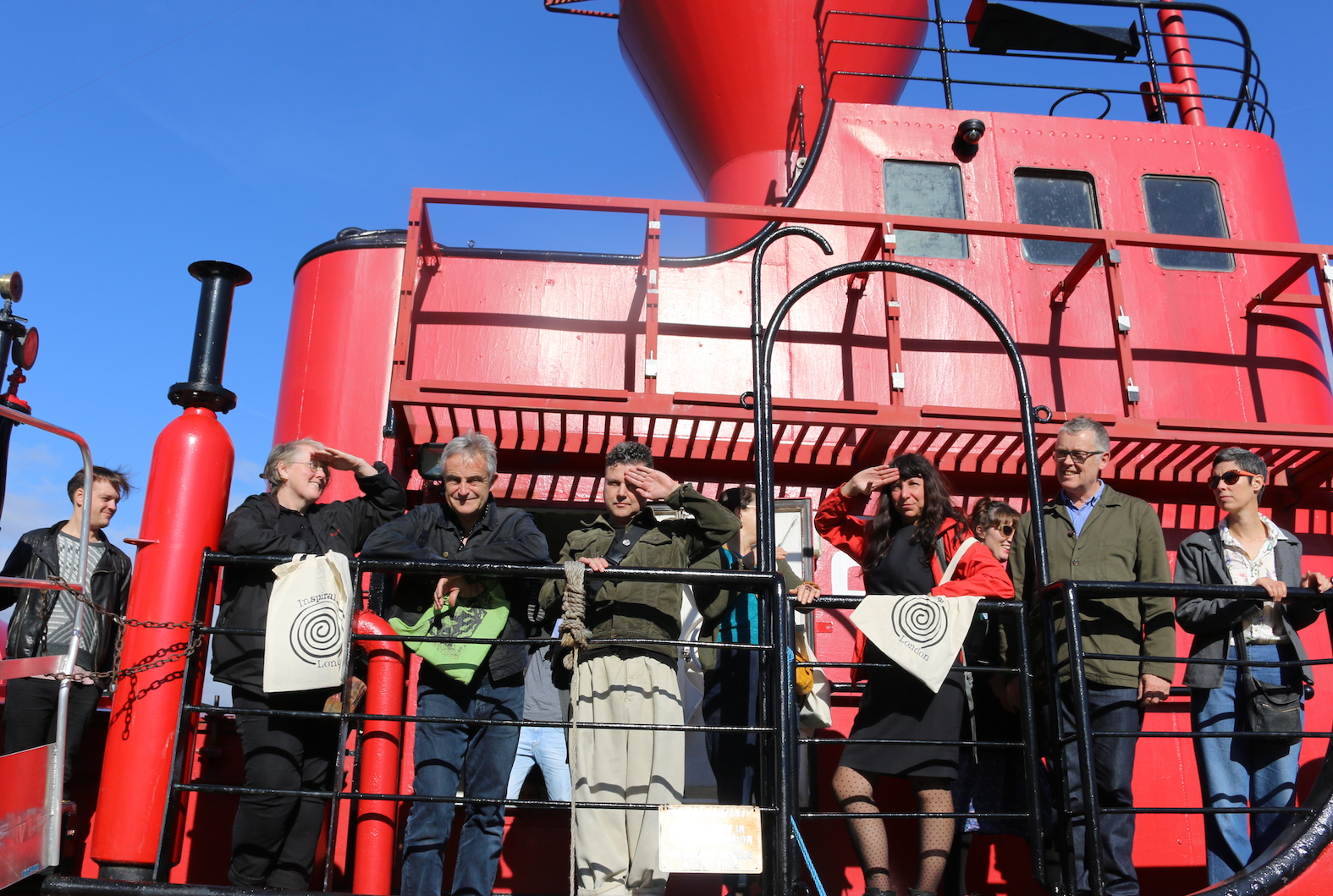 Four days of walks, art, talks and exploration within London and North Kent celebrating the completion of the Inspiral trail. This newly created artist designed trail explores and exposes the unique connections crisscrossing the Metropole. Connections and dissonances that range across an extraordinary diversity of people, places and ideas. As we end our ‘on the ground mapping’ of the pathway and begin again in Gravesend, the festival focuses particularly on our Kent connections: by delving into recent radical politics, the re-integration of the city and the country; visions of the Metropole future/past; in exploring aspects of the strange, the uncanny and unexpected. InspiralKent seeks to foster a shared enthusiasm for exploration through hospitality and radical artistic research; re-imagining the built environment, as a place of extraordinary variety, contrast and potential by creating a walk through the places we no longer see or have forgotten.

The festival opens with an intriguing walk back through Mary Wollstonecraft’s London with Inspiral Director Charlie Fox. Meeting at Southwark station at 11am, we head north towards the Polygon at Euston, as we pass through Emmanuel Swedenborg’s Cityscape.

An evening of talks exploring visions of the metropole and connections between outer and inner London, set within the historic Swedenborg House. Topics of discussion include urban planning, deep roots, and literature in the city and greater metropole. Join us from 6-6:30pm for welcome drinks (free drink with a ticket), with talks beginning promptly at 6:30pm.

Ken Worpole, ‘Memories of the Future’: as part of the Radical Essex project, Ken has been researching the rise of 19th & 20th century communitarian settlements in the Essex landscape as outposts of East London radical politics and present on the political dynamic which sought to re-integrate the city and the country. Artist-planner Sarah Spanton will discuss her recent journey from artist/performer and arts professional to planner with ‘Navigating the Line’: thinking through the artist’s role in civic society, artist’s as activators of social change and the issues in ‘navigating the line’ between the two roles of planner and artist. Hayley Newman will present ‘Facadism’, on theme of walking in relation city surfaces. Charlie Fox will talk ‘Spin, Spirals and Dickensizen: Towards a Topoanalysis of Homelessness’: this talk spins us from Swedenborg Hall to the outer spaces of the metropole into North Kent. 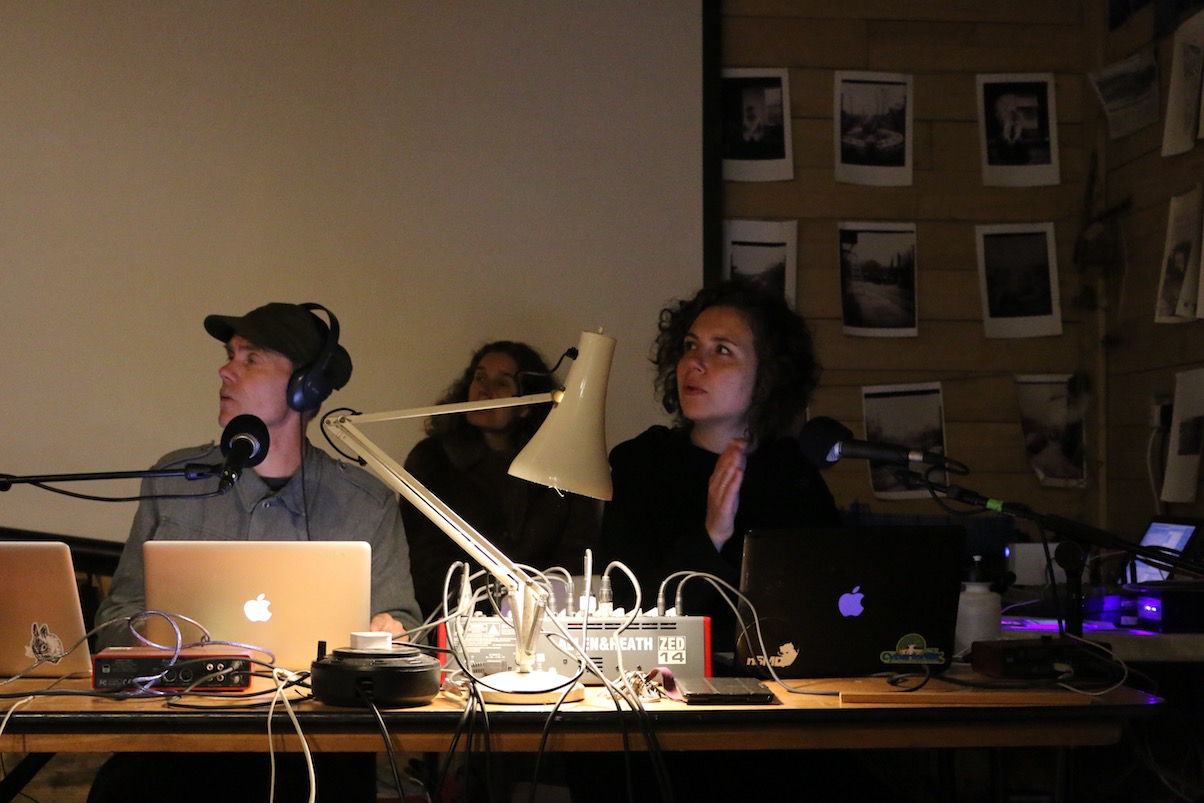 InspiralLondon took part in Soundcamp Reveil, which began at 5am London time (UTC+1) and travelled west just ahead of sunrise on a wave of live sounds relayed by streamers around the world: passing from urban rooftops to deep ocean hydrophones to remote forests in a 24-hour audit of the earth on International Dawn Chorus Day. 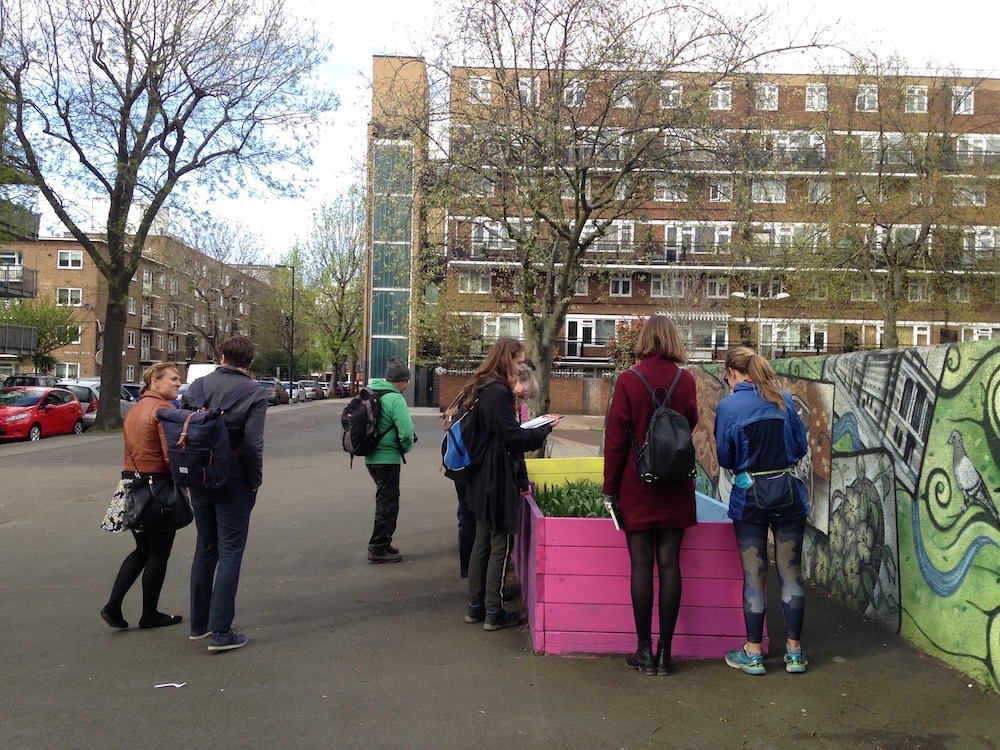 InspiralLondon co-organised festival of walks in April with CoolWalks and CGP London, including an open walking workshop on the subject of Beautification in Southwark Park as well as local estates. We have also created a commission for a pamphlet with an artist’s map based on Ada Salter’s 1920 Beautification Committee, which developed much of the green space, mature trees and landscaping schemes we know today. The draft Beautification pamphlet launched on 13 August at CGP London as part of the Bermondsey Artists’ Group show, Common and Garden. A re-designed version of the map/pamphlet tracking the Poplar trees, planted by the original Beautification Committee, found along the route of Inspiral will be launched on 22 July as part of London as National Park City Week (21-22 July 2018).

On Saturday 6 February 2016 at 2.30 pm Inspiral London was invited to contribute to Breaking the Bounds: Walking London and Beyond – on Resonance 104.4fm

Soundcamp and Detours 2/InspiralLondon collaborated on a live broadcast from the Thames estuary at Gravesend (near to Tilbury Docks, London) on the morning of Saturday 20 June 2015 from 10.00-12.00 BST,  linked to fluid states north (Amager, Copenhagen) and the Artist Porous Studio.

Soundcamp streamed explorations of the south shore Thames, the crossing via small passenger ferry to the north bank and further soundings from the north side of the River near to the fort, along the tidal foreshore. This whole estuarine landscape comprising wetlands, reedbeds and mudflats  directly impacted by changing sea levels, evokes shifting lines between marine and urban, and human and nonhuman communities. 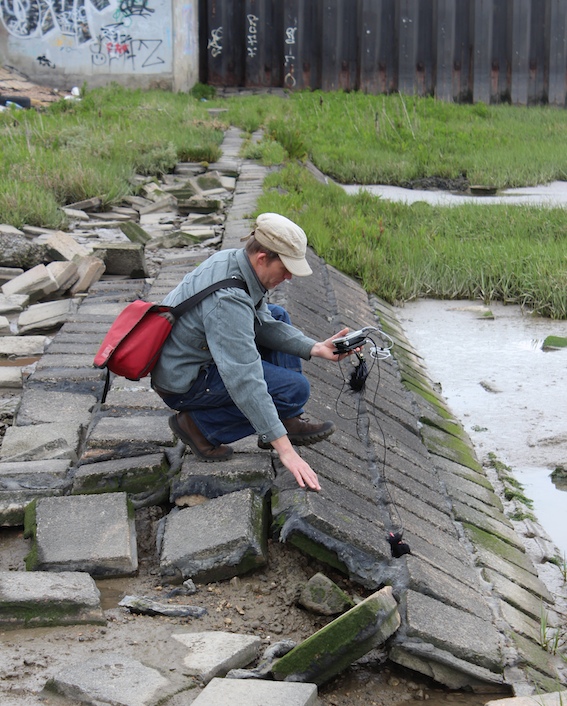 Soundcamp use live audio streaming to set up a meshwork of real time sound links between remote locations, accessed via the Locus Sonus soundmap. The broadcast used the open source Locuscast app for iPhone. Listeners could follow progress by tracking the GPS linked microphone, or listening directly in a browser or player

“On the path were rusted sculptures that should have been milestones. They’d been sponsored and delivered, but they didn’t belong. ‘Art’, I muttered. ‘Watch out’. Objects that draw attention to themselves signal trouble.” (London Orbital, Iain Sinclair: 67-68)

The first collective meeting for artist-led mapping of the new Inspiral walk trail through and out of London took place at the Shed, Stave Hill Ecology Park, on Sunday 6th July 2014. Artists shared work and discussed Detours in Marseille Provence, an international artistic exchange project hosted by decentrederspace.

November 2013 – A Metropolitan Trail for London

Counterproductions Director Charlie Fox first discussed the idea of creating a Metropolitan Trail in London with Baptiste Lanaspeze in November 2013. Over the next year in discussion with a number of artists and interested parties the spiral trail took shape. It was launched in June 2015. Inspiral associate artists recently finished the on the ground mapping of the complete trail in October 2017. The trail is available to follow as a googlemap and a full trail map was published in March 2018.