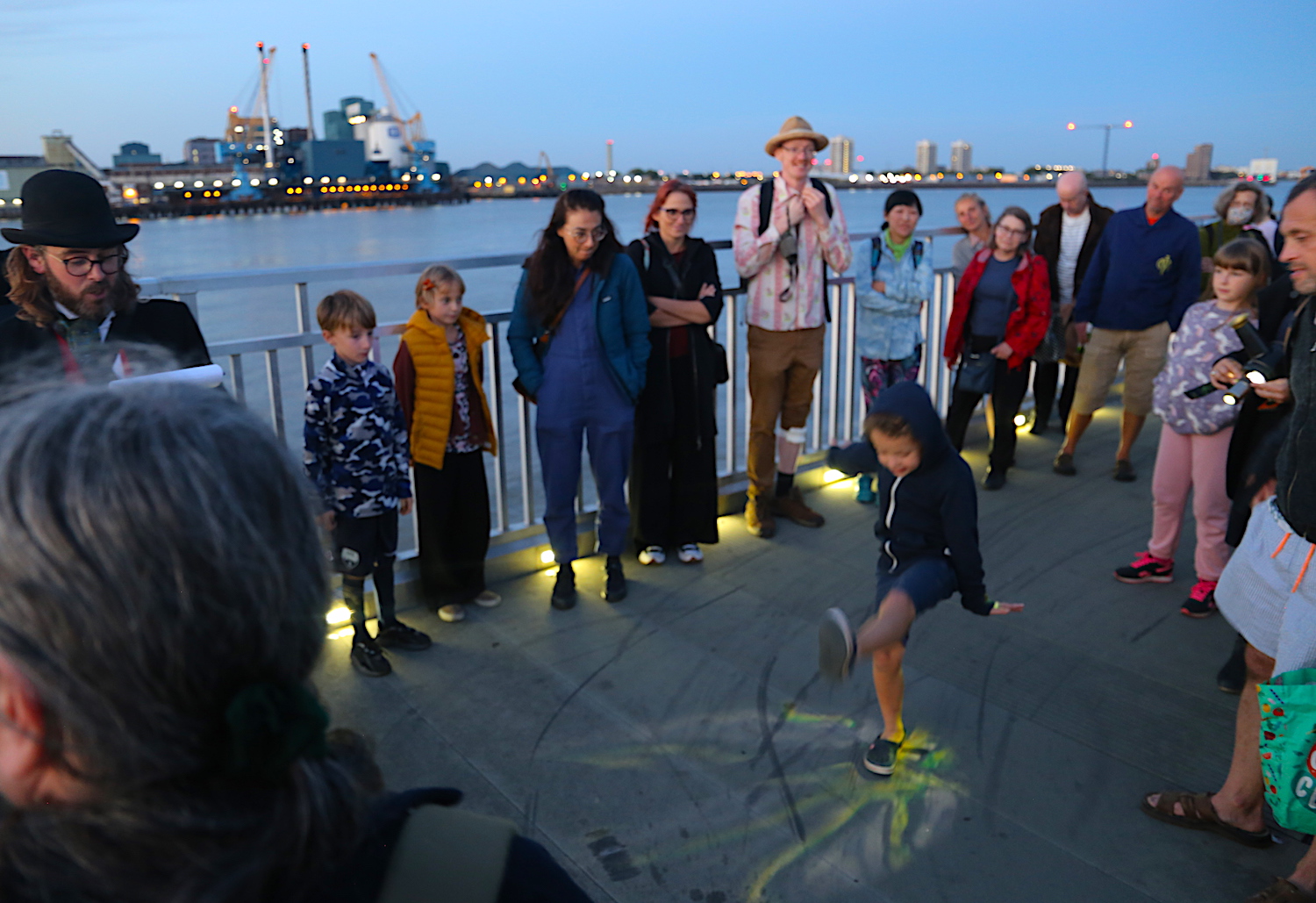 For Autumn 2022 InspiralLondon associate artists create a best of our recent walks, explorations and performance, along and around the Metropolitan Trail. From walks made for Hydrocity, to events launching Lewisham’s Cultural year, and work made in lockdown, Inspiral offers a series of unique walks that include: 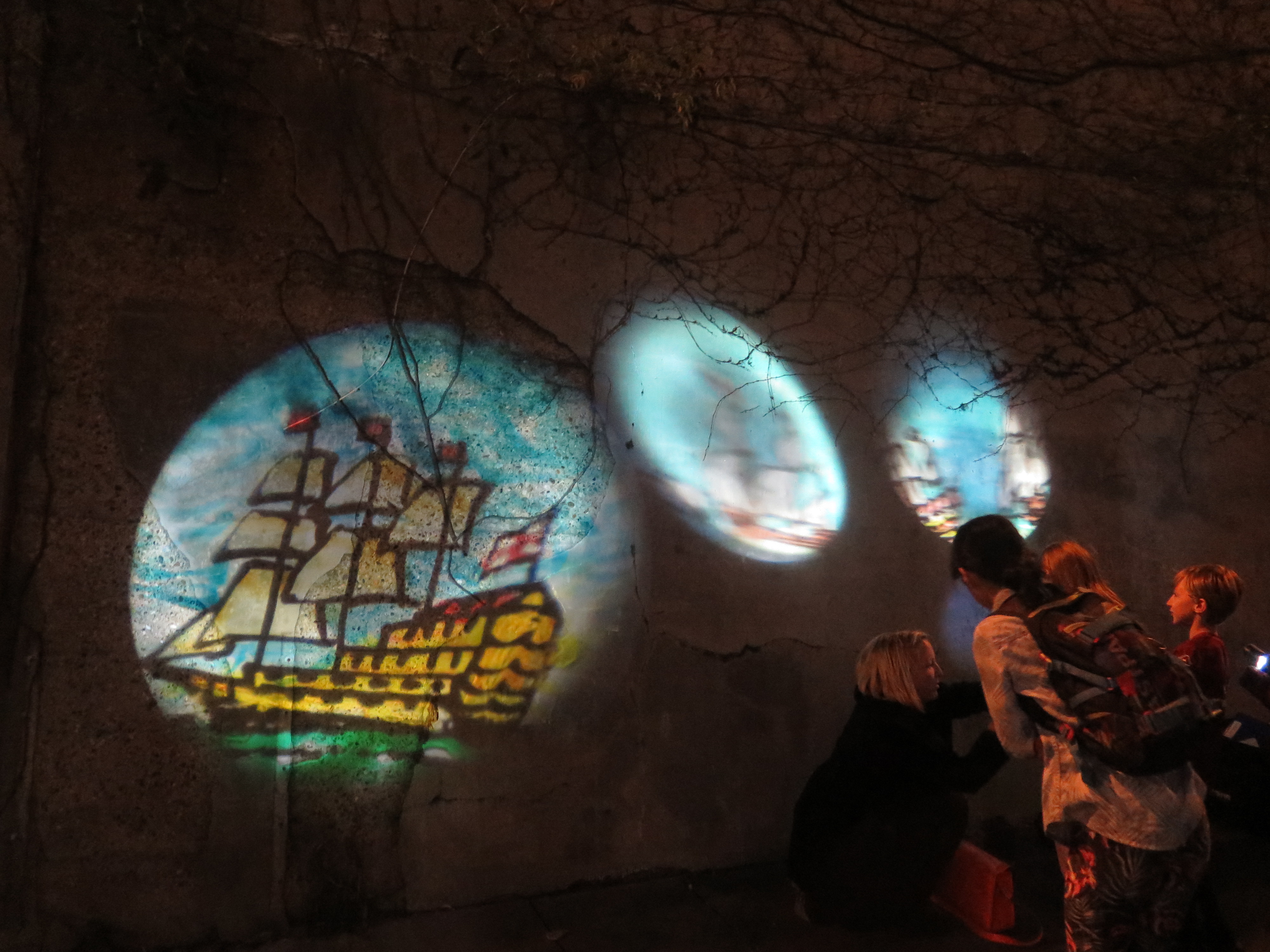 Inspiral collective organises an early evening night skulk from 7pm – 10pm. Starting on the Northbank of River near George V Dock and tunnelling under Thames  back and forth to Woolwich Old Docks in search of unusual urban foxes.

Saturday 24 September – 11am -5pm  Branches of the River Wogebourne Walk after the autumn Equinox, Welling to Thamesmead.

InspiralLondon’s resident ornithological investigator J D Swann will lead a walk along a possible route of the lost Wogebourne river, its source emerging from Oxleas Wood on Shooters Hill, the highest point in Greater South London at 132 metres.

A Dusky Punk Marlowe Mash up (with Mikey Georgeson, The Art of The Magic Lantern, Joanna McCormick and Sarah Sparkes) brings you the best of Deptford Sleepwalking – taking you through a spiralling history – accompanied by song, puppet and magic lanterns that sees you enter a nocturnal other world, where reminders of ‘sniffing glue’ tells Deptford’s other stories.